Perez Explains His Singapore GP Incidents With Ocon And Sirotkin

In a slightly uninteresting race, Perez at least gave us something to talk about with his clash with his teammate (something we’re surprisingly used to seeing) and his questionable contact with Sirotkin.

During the race, he already told his team he was sorry for the Ocon incident, and afterwards reiterated that he simply hadn’t seen him. He told Channel 4:

“It was a very unfortunate incident. One of those that is very hard to avoid. As I’m picking up the power I just get a clip from one car. I did not even realise that it was Esteban. And then as I get the message from the team I was very sorry for that.

“I don’t think I have much to say, I’m just very sorry for the day the team had in general. I wish I could have seen Esteban there or done something differently.

Esteban Ocon impressed many during his interviews, refusing to comment on the incident – even though there are persistent rumours that this might be his last race for the team.

Team principal Otmar Szafnauer was understandably more frustrated. He suggested that the team was going to have to start imposing team orders again (as it did last year) in order to prevent the same thing happening again. He told Sky F1:

“It’s been over a year since it happened, It was at Baku last year that we instilled the rules it was at Spa. From Spa until here it hasn’t happened. So we’re back to the old rules. We allowed them to race on lap one whereas in the past we didn’t allow them to race on lap one and now we can remove that. And if they continue to do this, even on lap one there’s other ways to separate them which we hope that we don’t ever have to employ.”

That sounds kind of ominous. Nobody likes to see team orders being used. But for a team in Force India’s position, desperately trying to regain points lost in the sale of the team, first lap incidents like Singapore can be enormously costly.

Then comes the meaty matter of the collision with Sirotkin. It looked a little bit like it was deliberate on TV, but Perez said he was just trying to close the door – and did so too early:

“It was hard racing, he was defending his position very hard, fighting very hard, moving a lot under braking and a lot of lock-ups under braking. And then as I was going through him, I tried to close the door but I think he was too close.

“In the end not ideal. It was very costly, but I don’t think it would have changed anything on my result. I knew my race was going out of my hands, it was so hard to overtake. I was just burning my brakes, my engine, my tyres, so it was a massive frustration.”

Checo also admitted that the drive-through penalty he received for the collision was probably a fair punishment:

“I have to see the incident. I closed the door earlier than I should have so I have to double check but I think the penalty was fair.”

It’s some refreshing honesty from Perez. Yes, he’s known as an aggressive driver and has wound up some other drivers in the past, but he’s been pretty good for years now, which is what made his race all the more shocking. 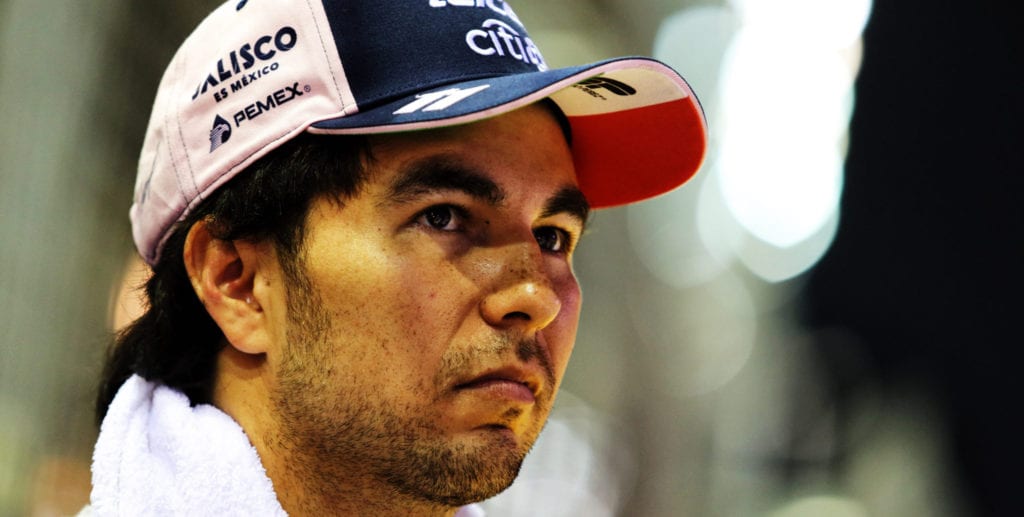