Force India was best of the rest in 2017 by some margin. From mid-point last season, the team wasn’t really in a race with the midfield and beat the likes of Williams and Renault with tenths of lap time to spare.

But in 2018, the VJM11 hasn’t shown much promise, the pace in Australia abysmal. Lance Stroll even said that he thinks Force India is only on the same pace as Williams, and Williams isn’t exactly looking great. Force India left Albert Park without a championship point – the last time that happened was in Monaco last year a circuit that exposed the weaknesses of the pink panther.

Sergio Perez has good memories of the upcoming Bahrain GP, such as his battle with Jenson Button in 2013, or his podium there for Force India the year after. He’s hoping for a better showing on a track he loves this weekend, but is relying on Force India’s upgrades to give him a sniff of a result. He said:

“We’ve got to be targeting points this weekend. Melbourne showed just how close all the teams are in the middle of the grid, so it’s especially important to have a clean weekend and maximise every session.

“The development race will be very intense this year, but I know we have good things coming. We need to do what we have done in the last few years by making improvements to the car at each race. We’ve already made a step forward since pre-season testing so we need to keep working in the same direction.”

There is no question that Force India has two excellent drivers; the response needs to come from the car and developments. The team will be using a brand new front wing in the upcoming race and will be hoping that this can move them away from Williams and Sauber territory, and back into the fight for fourth in the constructors.

Early signs indicate that Haas has made the jump at the starting pistol, but must be wary of the chasing pack and particularly Force India. The pink panthers have experienced positive returns in the development race in recent years, so we shouldn’t be writing them off as a team on the decline just yet. Last season, Force India started slowly too and looked unconvincing until a massive upgrade was brought to the Spanish GP. From there, the car evolved significantly and left the midfield in its wake. Whether the new front wing boosts the likelihood of this repeating is definitely something worth keeping track of in the tight midfield battle. 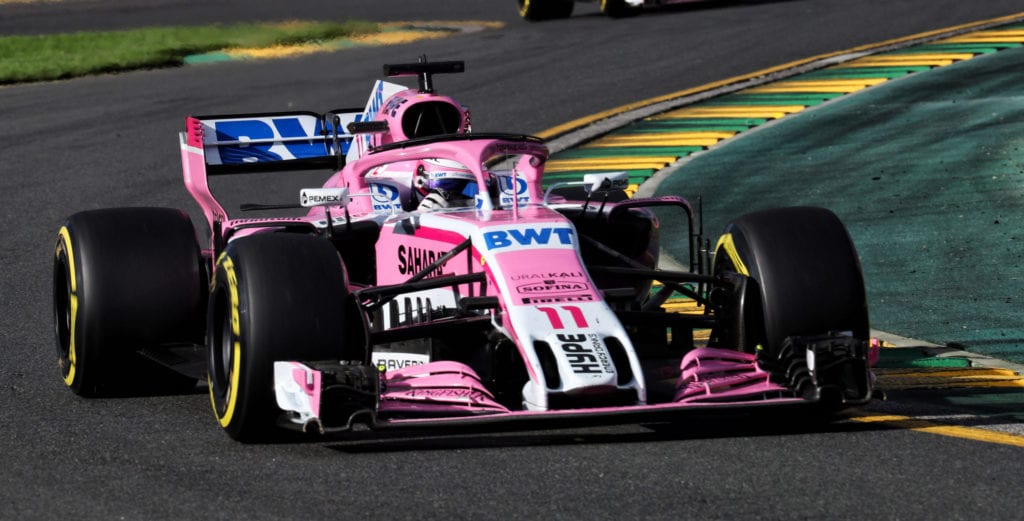