Red Bull’s latest signing, Sergio Perez, has had his first experience at the team’s Milton Keynes factory. In addition to a tour of the premises and a seat fitting, Red Bull was sure to film a quick video of Checo at the front of the building that gave off big ‘first day at school’ vibes.

Through a series of clips on social media, Red Bull hinted that their new Mexican signing was at the Red Bull Factory. Showing a man whose face we couldn’t quite make out, we figured it would be Checo.

That was unless Red Bull pulled the biggest Uno reverse card of all time and announced Mark Webber’s return to partner Max Verstappen. Imagine.

Sergio’s signing makes him the first driver from outside the Red Bull junior family since 2007.

We’re all on the Perez to Red Bull hype train, and hope that during his first official visit to the base he has been able to capture lots of content that will appear online soon. Especially seeing as Checo doesn’t even have a section on the Red Bull website yet…

We want photos of Checo in his Red Bull Racing overalls!

Are you excited to see Perez at Red Bull this year? 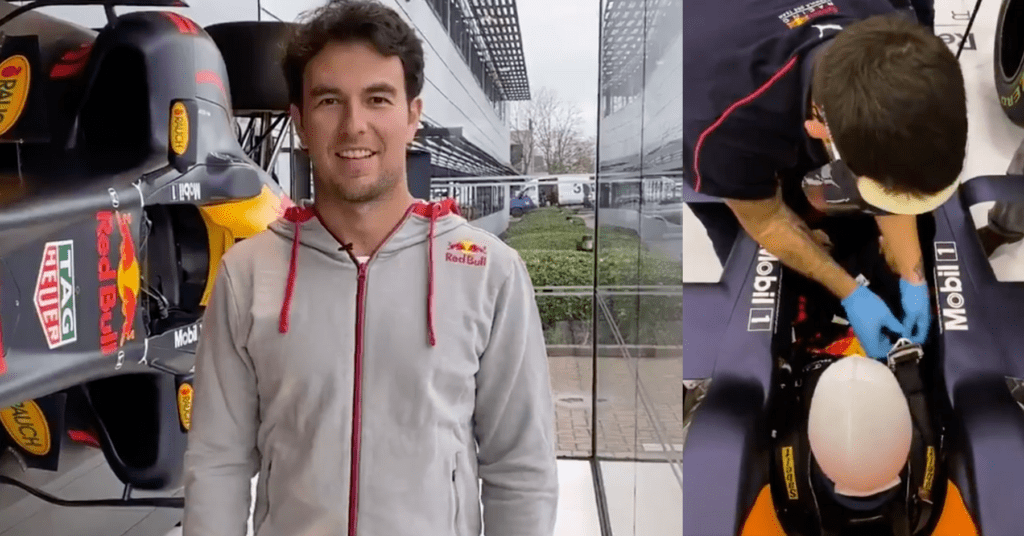