Perez Reckons That Stroll Is Faster Than Hulkenberg And Ocon Were – WTF1
Skip to content
×
Formula 1 , News

Perez Reckons That Stroll Is Faster Than Hulkenberg And Ocon Were

For years, Perez has been something of a benchmark in the midfield – if you want a reliable stream for points, he’s your man, and if there’s a chance of a midfield team sneaking a podium, chances are it’ll be him.

He’s had some serious teammates in his time, too. He beat fellow midfield ace Nico Hulkenberg at Force India in two of their three years as teammates, and over the last two years has also seen off the highly-rated Esteban Ocon. However, after a winter of sim work, testing, and one race in Australia, he thinks new teammate Stroll has got the edge on Ocon and Hulkenberg when it comes to races. He told Motorsport.com:

“In a way Esteban and Nico were quite a similar approach and they always seemed to struggle a lot with race pace. But with Lance, his race pace is, from all the teammates, the closest to mine. He’s already, on Sundays, quite good. I was quite surprised because going for a long run I seemed to find it a bit easier with my previous teammates, but it’s not the case now. He has a good understanding for Sundays. It’s good, it’s what you need to score points, especially with this tight midfield.”

Following his last two seasons at Williams, it might be a slightly unusual thing to hear – indeed, Perez himself said that he was surprised at Stroll’s speed, adding that car performance makes it hard to judge other drivers.

The Canadian gets a lot of flak due to the fact that he brings money, is at Racing Point because his dad bought the team, and because of some very low moments during his first season in 2017, especially during qualifying.

However, he is an F3 champion, he scored a podium in Baku and has proven to be pretty handy in the wet. He’s shown that he’s an absolute master at the start of races, regularly gaining several positions – in Australia he made up three spots on the first lap, setting him on course to score the team’s first points of the year despite starting 16th.

Perez continued with the praise, saying that Stroll would be an important asset in the constructors’ title this year:

“He has the speed, the talent. He works hard. I think he’s going to be constantly scoring points, which is great for the team. To finish fourth in the constructors’ you need both cars to score points every weekend. He got the maximum out of the car [in Australia], together with the team and strategy. It’s what we need from now to Abu Dhabi.”

Stroll is almost certainly much better than people give him credit for, but is he really faster over the course of a race than Hulkenberg or Ocon? Is Perez just throwing that out there to inflate the worth of his own performances? Or is he just playing the smart political game by being friendly to the boss’s son? 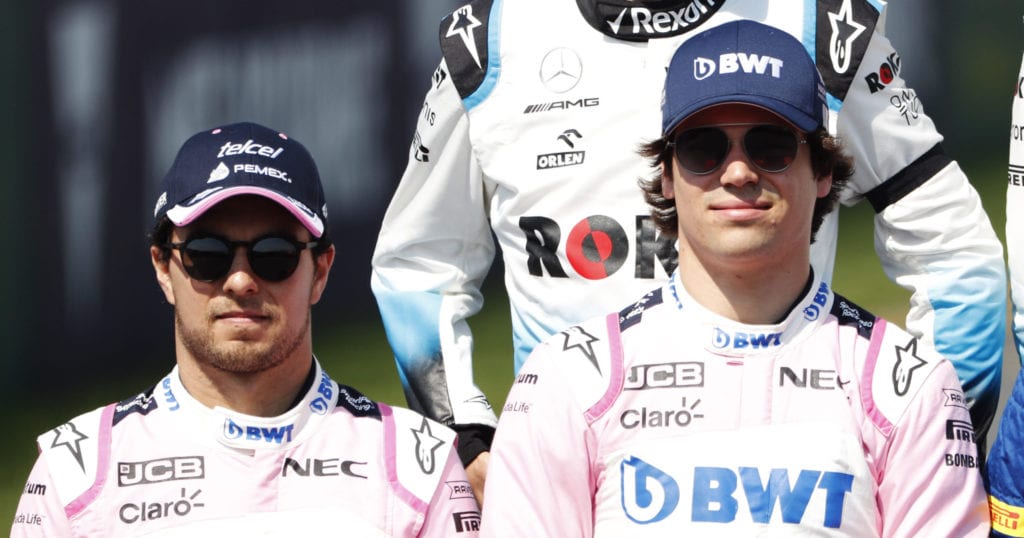