The tight and twisty Hungaroring always throws up a frantic and fascinating first lap, and in 2017 it featured a surprising amount of contact through the opening few corners.

Red Bull’s Daniel Ricciardo and Max Verstappen stole the headlines, but slightly further back, the two Force India drivers also crashed into each other.

Esteban Ocon started ahead of his team-mate Sergio Perez and they ran side-by-side on the entry to the first corner. But, as Perez tried a move, he ran deep and forced Ocon wide.

They clashed at the exit of Turn 1, with Ocon revealing after the race that the contact ripped off part of his floor, which hampered his pace slightly.

Another collision between the two Force India drivers, after their costly incident in Baku, but fortunately both continued on and scored points.

Perez was eighth at the chequered flag, just one place ahead of Ocon, meaning it was another double points finish for Force India.

After the race, Ocon revealed the damage his car picked up, but admitted it all worked out in the end:

“It was a pretty messy start. I don’t know what Sergio did but he probably missed a bit his braking point and ripped off my floor so it could have been a bit worse.

“At the end, it’s a double points finish for the team, which is great looking at how difficult it was for us this weekend. In front of one McLaren and both Renaults, we can go on holiday happy.”

Perez had some front wing damage on his car but said it didn’t really impact his performance. 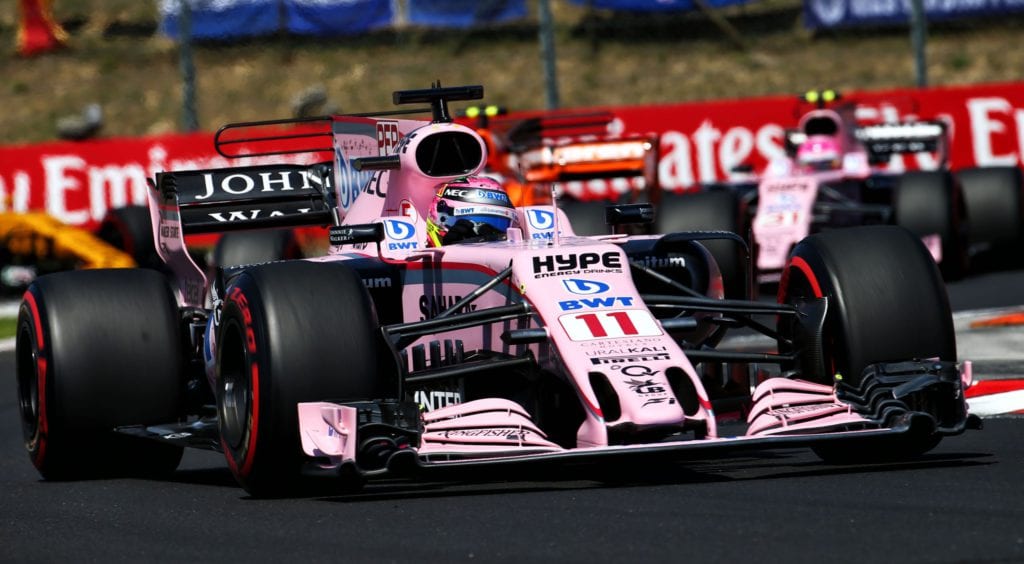