Perez: The 2021 Rules Should Make The Whole Formula 1 Grid Like The Midfield – WTF1
Skip to content
×
Formula 1 , News , Opinion

Perez: The 2021 Rules Should Make The Whole Formula 1 Grid Like The Midfield

Everybody has their own opinions on want they want to see from the 2021 regulations – cars that can follow closer, lower costs, fairer prize money distribution, more physical cars, you name it.

However, while the 2021 season was supposed to be a bit of a clean slate, the truth is that it looks like becoming more of a smudged and dirty slate as the politics of F1 interfere with idealistic goals.

Want to make the power units simpler and cheaper to attract new manufacturers? Go ahead – but it might alienate those already in the sport. Introduce a radically different concept of car? Sounds great – but change too much and the bigger teams will be able to dedicate more resources and maintain an advantage. Try and eliminate that with cost caps and fairer prize money distribution? Well, it’s a start, but try taking away Ferrari’s historical bonus and veto over rule changes without them kicking up a huge stink. Plus, although giving smaller teams access to more money is a decent start, it’s by no means a guarantee of suddenly making them more successful.

And that’s before you get to the drivers. Some want fast cars that are tough to drive, others are happy to sacrifice a bit of speed as long as it leads to closer racing.

Sergio Perez wants the best of both worlds. He believes that the incredibly tight midfield should serve as a model for how racing should be from the top to the bottom of the grid. Speaking to media including WTF1 at a SportPesa Racing Point event at Silverstone, he said:

“I hope that they keep good cars, fast cars out there. But I mean when you look at the midfield today, one-tenth can change your life – you can go from P16 to P8 and it’s what I would like to see for the whole grid so that it’s not won by teams, it’s won by drivers. I think it’s what we as drivers want to see, to be in a series where the driver can make the difference. I think that would be best for the sport, if they can achieve that it would be great. Because at the moment it’s a team series, not a driver series.”

Checo has repeatedly proven himself to be one of the fastest and most dependable drivers in the midfield, where he’s spent much of his career. He’d arguably do a pretty fine job at one of the top teams and you’d think that he’d like to see the rules change in such a way that would increase the chances of Racing Point being able to compete with, say, Mercedes.

You’d be right, too – except that he thinks that can happen not necessarily through specific rules and technical changes, but rather the way in which those are applied. He also mentioned the importance of allowing F1 to maintain its reputation at the top of the motorsport food chain and keeping its appeal to the big manufacturers.

“I think at the same time Formula 1 is the pinnacle of motorsport so has to remain to be seen as the pinnacle. I mean you have organisations and teams so big that you’ve got to keep them in the sport and hopefully attract new manufacturers. So for that, you need to keep very high standards, a very high level of engineering.

“What they need to do is to produce it so that everyone in January starts with a chance. Right now, you have zero chance to compete against the big teams because they have three times more money than you by January. It’s just impossible to compete and that’s the way it is with the prize money at the moment. Then, at the end of the day, if they come here [with a budget cap] and the same teams are dominating, then it is up to them and not to their money.”

It’s a nicely balanced view which boils down to a simple principle which I think many would agree with: the best teams and the best drivers should prevail.

Take Perez’s team, Racing Point. In its previous guise at Force India, it regularly proved to be the best of the midfield teams. That’s not because it had more money or more resources (quite the opposite, in fact), but because it made the most of what it had. The drivers performed, the team operated efficiently, and that allowed it to beat those which, on paper, should have been superior (Renault, McLaren, etc).

However, the disparity in opportunities between the midfield and the top three is so large that no amount of talent is able to overcome it. Racing Point could have the fastest pit stops, upgrades which always work perfectly, and a team ethic superior to that of any other; Perez and Stroll could drive faultlessly for 21 weekends. And yet, the best they can hope for is fourth in the Constructors’ Championship and, if a race is crazy enough, maybe a podium.

That’s a situation which, in sport, is pretty much unique. The 5000-1 outsider can’t win the championship, Leicester City-style, and there won’t be a Steven Bradbury story in present-day F1 (unlucky, Robert Kubica). Heck, even in F1 terms, the chances of a repeat of something like 1999, when Heinz-Harald Frentzen was a title contender in a Jordan, are basically zero at the moment.

Of course, it’s very simple for Perez to say something obvious like ‘the drivers and teams’ need to be closer, and even easier to respond with ‘the real question is how that’s achieved’.

The interesting thing about Checo’s desire is that really, it should be the sole aim of the rule-makers. The question that any potential rule change should aim to answer is: ‘Will it make the racing closer?’ After all, the 2021 cars might well fix the dirty air problem, but that’s no good if there’s a half-a-second-a-lap pace difference between all the teams.

As the British and Austrian races showed, the current gen of cars can race closely in the right conditions. But instead of trying to find ways to replicate those conditions across all races (through things like refuelling or DRS or whatever), just focus on finding a way to make sure all 20 cars can be somewhat competitive. If you have a field of closely matched cars, good racing will naturally occur without the need for rules specifically designed to ‘improve the show’ – that’s part of what makes spec series so good. The challenge is how to achieve that without F1 becoming a spec series itself and retaining the engineering challenge that makes the sport what it is.

As Perez said: “Formula 1 is the pinnacle of motorsport”. 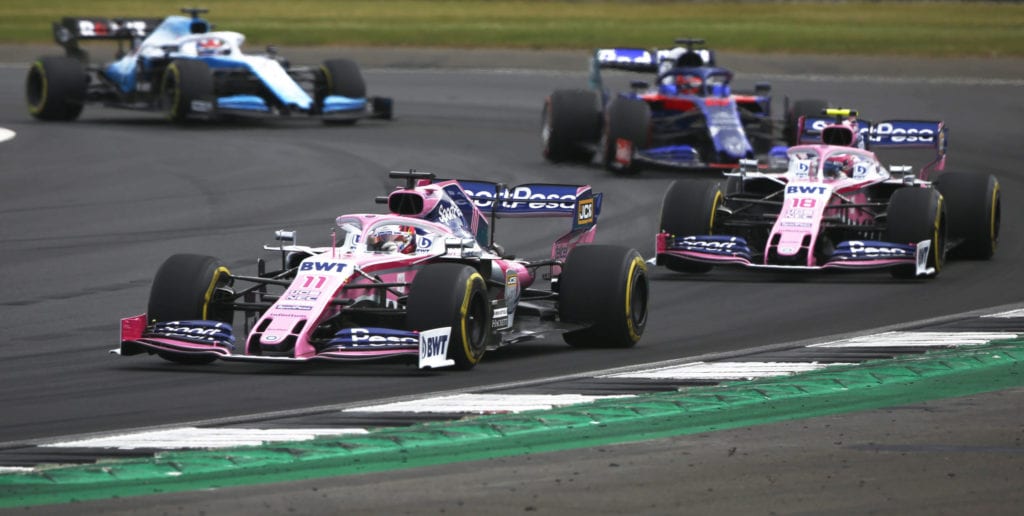