When somebody goes across the run-off at the first chicane in Barcelona, they have to rejoin the circuit by way of going around a bollard close to the entrance of Turn 3. In Sochi there’s a bollard that drivers have to go around, Monza has a similar solution at its second chicane, while the first one has its own set of barriers that drivers have to negotiate.

The idea of this is to prevent drivers from rejoining the track in a dangerous manner, and also to ensure that they’re not actually gaining any time on the other drivers. It’s a simple system which generally works well and stops stewards from having to get involved with drivers gaining – or failing to lose – positions on F1’s many tarmac run-off areas.

Monaco has no such systems in place, offering defending drivers an easy out at the seafront chicane if someone launches an attack on them. Kevin Magnussen did just that at the weekend when Sergio Perez made his way alongside the Haas, and although stewards (eventually) handed him a five-second penalty after the race, dropping him to 14th, the damage to Perez’s race was already done.

The Racing Point driver has said that he’d like to see some sort of mandatory procedure implemented at the chicane in the future so that it becomes more difficult for drivers to simply bail out of the corner and maintain position, telling Motorsport.com:

“It’s very disappointing, you only have one move in Monaco, and you do it and the car ahead cuts the chicane, and then he’s aware that you’re there and there’s no more opportunities. It’s definitely something we’ve got to speak about. In all fairness to the car ahead he gives space but then he has nowhere to go.”

“I think there has to be a little chicane for the people who cut the chicane to lose some time. It’s something we have to review over the next couple of races.”

It’s a very sensible idea. Then it becomes a simple equation for the drivers – if they cut the corner and don’t rejoin properly then it’s an automatic penalty, as it was in Barcelona.

The only problem is that it’s Monaco – there’s barely room for the race track and the fact the track even has a few run-off areas is already a miracle. Finding space for an extra mini-chicane might not even be possible.

We all lament the loss of grass and gravel punishing mistakes, but that’s just not realistic at many circuits these days. Alternative routes are, so never mind just Monaco – how about all problem areas on all circuits have such a system? Drivers will find new ways to game the system eventually but it might help prevent stewards from having to get involved in so many corner-cutting incidents. 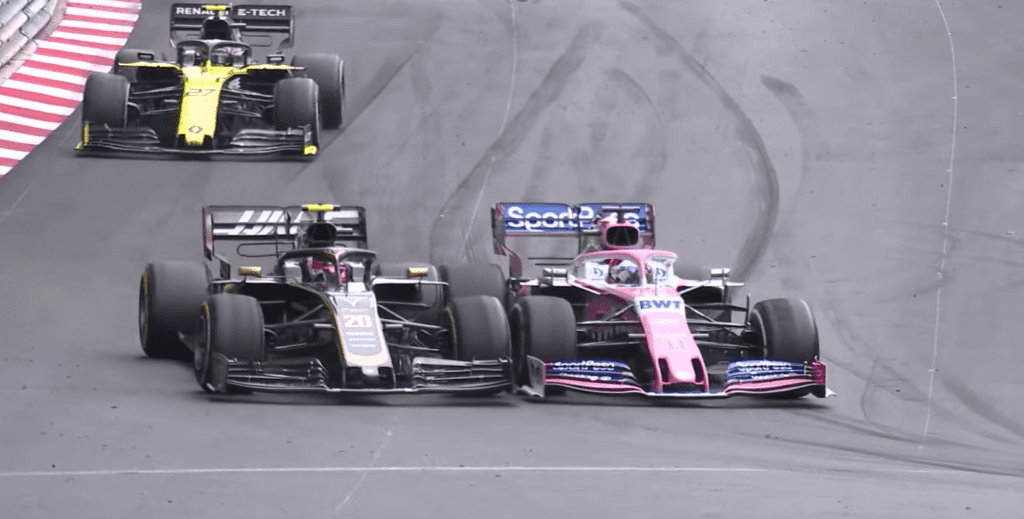