Sergio Perez and Lando Norris both managed to get themselves in the points today, despite starting outside the top ten. However, the two of them clashed on track again when fighting later on in the race, and Checo wasn’t impressed.

“I felt it was quite unnecessary,” Perez said to Sky Sports after the race. “I didn’t have enough space, we touch, and I damaged quite badly the right-hand side of the car. From then on, I lost a lot of grip.”

Perez tried to go round the outside of Norris at the Austrian Grand Prix earlier this year and was left no room then. As a result, he ended up in the gravel and way back down the order.

Perez didn’t fancy a repeat of that, so this time around was very robust in his attempts to stay on track as Norris tried to force him to back out.

It's only minor though and both cars seem ok #DutchGP 🇳🇱 #F1 pic.twitter.com/43Vh48PKJm

They bumped into each other quite harshly, but both were able to carry on and score points. Checo thinks it halted his charge, though.

“Every overtake was very much on the limit. It was so risky, every one. I had to take lot’s of risks [today], following was really, really hard. I just gave it all today.”

Norris, however, didn’t think much of it afterwards and thought it was just hard racing.

From pit lane start to P8 finish – you have voted @SChecoPerez as Driver Of The Day at Zandvoort! 🏆#DutchGP 🇳🇱 #F1 pic.twitter.com/WOlzttbNr8

“I’m not gonna make his life easy,” he told Sky. “I think we can just be happy we’re racing them. He’s in the Red Bull, the quickest car on the track. I think if it’s any driver, no matter who it is, whether you’re purely racing against Max or Lewis, you’re gonna treat them all the same. I’m not gonna make his life easy because you want the points as much as he does.

“I squeezed him a little bit, but I didn’t force him all the way off the track or anything like that, so we both fought each other hard. He cut down quite a lot in Turn 1. I didn’t want to give him a lot of room. I gave him enough, just not all the world. He still managed to get past, none of us crashed. I think he still went on to get another one.” 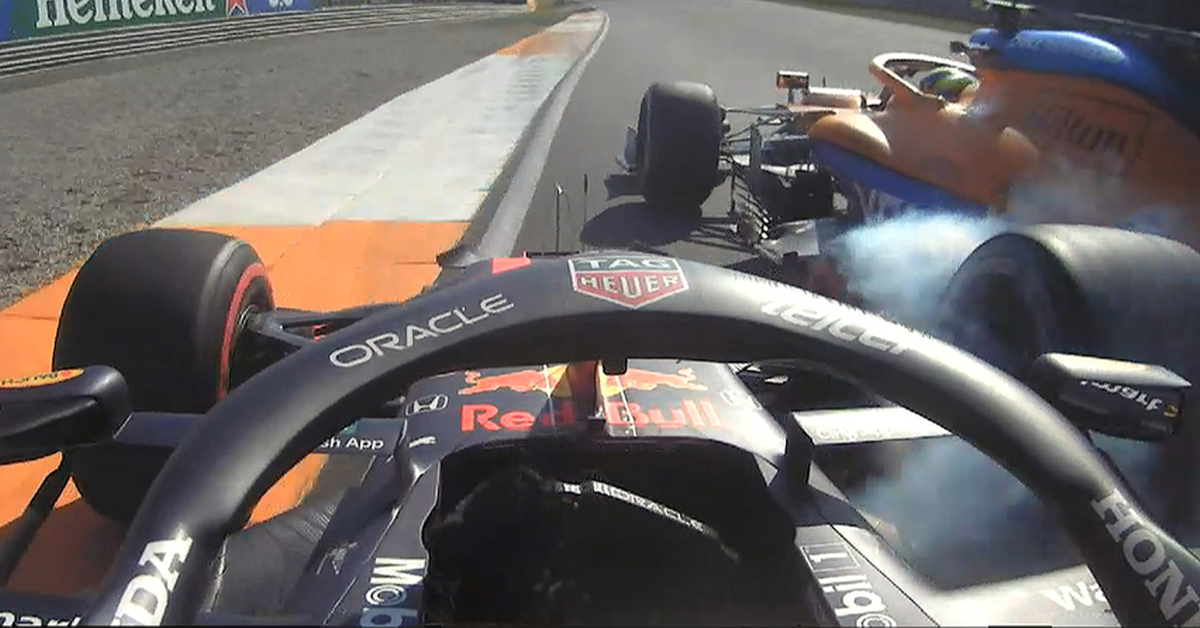