The Red Flags were out again during Saturday’s running of pre-season testing, as Sergio Perez’s Red Bull RB16B decided that it didn’t fancy having an engine cover and flung off in very dramatic fashion.

Whilst driving down the start/finish straight, Perez’s engine cover made a break for freedom and sent carbon fibre all over the race track. The debris was scattered across the track and was a huge puncture hazard for other drivers.

Red Flags were immediately brought out and meant Checo had to complete an entire lap with a very naked Red Bull on display – much to their rivals’ delight.

It was originally suspected that Checo had made contact with the rear of Williams Racing’s Nicholas Latifi. However, instead, it appears that as soon as the Red Bull emerged from the slipstream of Latifi, the bodywork came loose.

Obviously, that isn’t supposed to happen.

He was quickly back on track through and continued to set a total of 117 laps, finishing the day’s running in 8th.

Despite the two Red Flags – one of Checo and another for Lewis Hamilton this morning when he beached his car in the gravel – it was another successful day of running for many teams and drivers.

However, Stroll’s new teammate, Sebastian Vettel, was the unfortunate victim of gearbox issues and meant he only completed ten laps in his new Aston Martin.

DAY 2 CLASSIFICATION @ValtteriBottas was quickest for the second day of our @Aramco Pre-Season test in Bahrain 🇧🇭#F1 #F1Testing @MercedesAMGF1 pic.twitter.com/uwX5gLrLkW

One more day of testing tomorrow, and then the next time we see cars on track is for AN ACTUAL RACE. 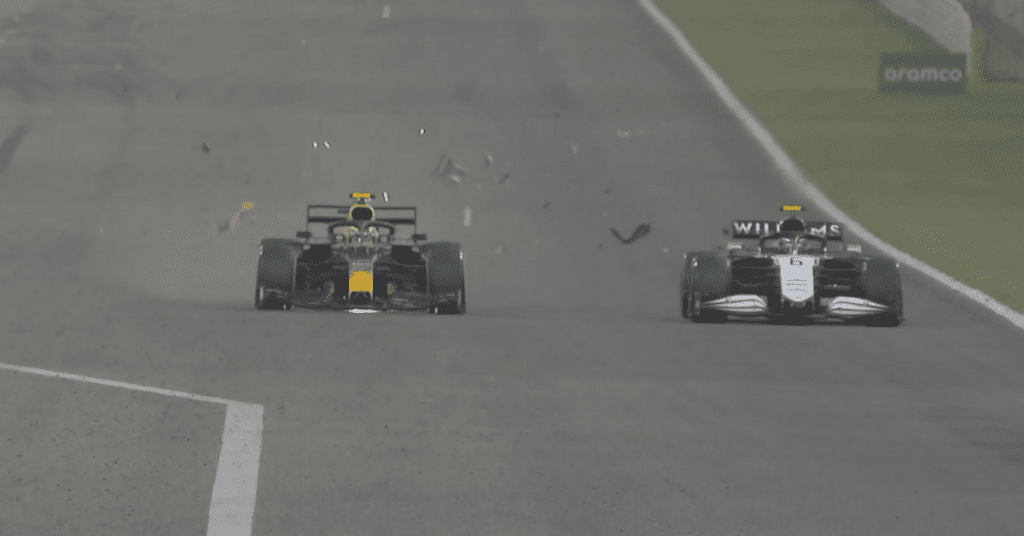