Photographer Gets Ridiculously Close To F1 Cars In Monaco, Gets Told Off – WTF1
Skip to content
×
Formula 1

Photographer Gets Ridiculously Close To F1 Cars In Monaco, Gets Told Off

The Monaco Grand Prix must be one of the craziest races for F1 photographers, as they get so, so close to the amazingly quick cars flying past them.

One photographer found a particularly mad spot, right by the barrier on the inside of the Turn 15/16 chicane at the end of the Swimming Pool section – the one drivers have been brushing in practice.

This section of track was modified in 2015, with the barrier being moved back. Last year the squarer kerb was removed, allowing drivers to run right up to the barrier.

Shooting photos from such a close range must’ve been an insanely cool experience for this F1 photographer but the marshals didn’t seem too pleased by his spot.

During FP1, he was seen snapping cars at the apex of the chicane, before a marshal seemed to be telling him to get back and not shoot so close to the circuit

Whether he got in trouble or not, we’re not sure, but there’s one thing we do know: We want to see those pictures. 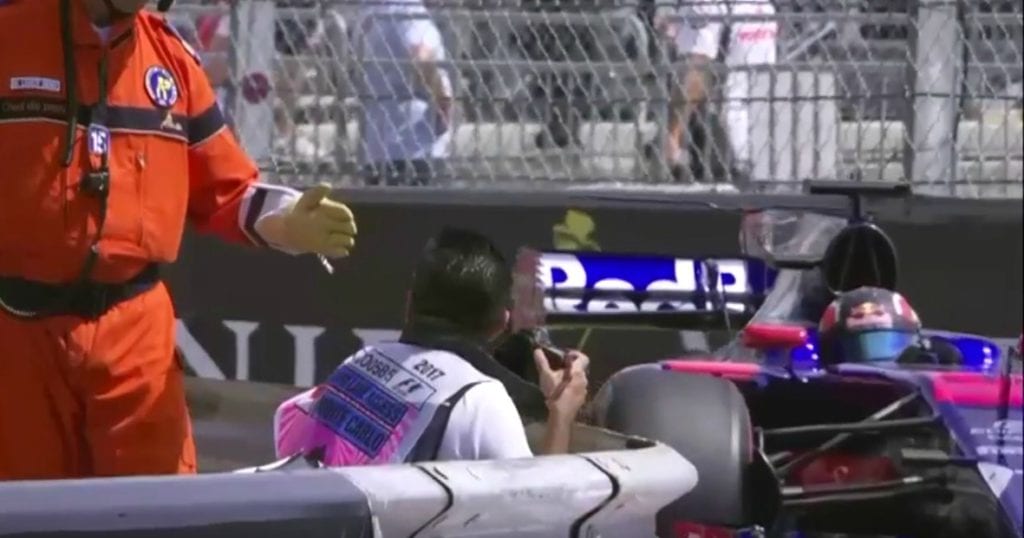