Pirelli Says It Changed The Tyres To Stop The Spanish GP From Becoming A Lottery – WTF1
Skip to content
×
Formula 1 , News

Pirelli changing the thickness of the tyre compound for the Spanish GP coinciding with a dramatic turnaround in the performance of Mercedes really hasn’t helped the simmering controversy surrounding the decision. Sebastian Vettel suggested the change was influenced by Mercedes (which Toto Wolff of course rebuffed) and now Pirelli has defended its position, saying that without the change the race would have turned into a lottery. Pirelli tyre chief told Motorsport.com:

“If you have a high level of blistering affecting all or most of the cars, you have a lottery not a race. It’s not the right approach and we, as a sole supplier, have to provide the same product to everyone that is a safe product, suitable for the circuit and so on. I don’t think that the slight modification in the tread thickness changed the balance of the performance of different cars.”

Isola also said Pirelli would never make changes specifically to favour one team, but the thing that sticks out is the suggestion that it would have been a bad thing if the race had become a tyre lottery, which is just wrong.

2012 has to be one of the greatest seasons ever. Teams really struggled to get a handle on the tyres, leading to seven different winners from the first seven races (including Pastor Maldonado, of course) and the likes of Sauber able to snatch multiple podiums across the year. At the time some referred to it as a lottery, but come the end of the season the best drivers and the best teams still ended up on top. If it really was stupidly random then that wouldn’t have happened, would it?

Fast forward six years and Pirelli is now in the situation where many races seem to end up being a comfortable one-stopper – the most boring type of strategy. Why was the company happy to make high-degrading tyres then, and not now?

I’m not suggesting we go completely back to the 2012-style of tyres, but surely the variety of having a few races where drivers have to stop two or three (or even four!) times would be a good thing, right? Especially somewhere like Barcelona, where following another car and overtaking is incredibly difficult, and the need for drivers to stop a few extra times could have spiced up what was a generally dull race.

Pirelli has tried to introduce a bit more tyre variety this year by going softer on all the compounds, but on the evidence of the season so far, it doesn’t seem to have made that much difference. Still, we’ve yet to see the new hypersoft compound, and that’ll be used in the next two races. It could all change… 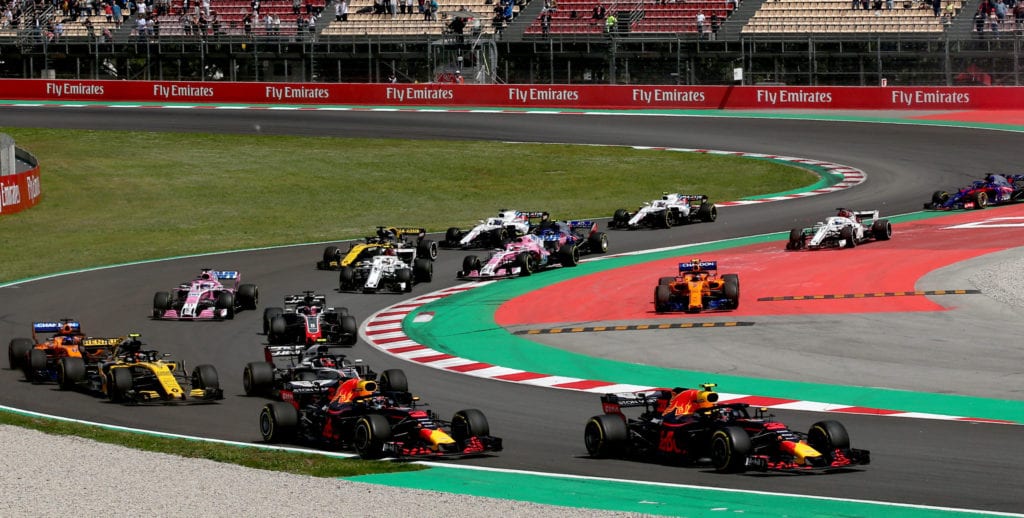