The Island Track That Would Have Been The Weirdest Location Ever For An F1 Race – WTF1
Skip to content
×
Formula 1 , Juniors , Retro

These days, we as fans like to complain when we get a new race on the calendar that’s held in the middle of nowhere on an uninspiring layout in a country with precisely zero motorsport heritage – especially if it’s at the expense of an established event. Of course, in order to help generate new fans one of the things that the sport has to visit new markets, and races such as Bahrain, Singapore, and Azerbaijan have become firm favourites; the departed Turkish and Malaysian Grands Prix are even sorely missed. Even the failed events (like India and South Korea) made sense on some level.

We might like to look back with rose-tinted glasses that F1 was somehow better 30 or 40 years ago. Races were held on superior tracks with better cars, more interesting drivers and closer racing, and there was none of this silliness about wanting to host street races in some destination city with no F1 connection. Except it wasn’t like that at all. In fact, particularly when it came to the tracks, there was just as much in terms of speculation and rumours about where the sport might travel to next.

We’ve already covered the cancelled events in places like New York and Rome, but what the races in that article had in common was that they were FIA and F1-approved, and included on provisional calendars. The insanity that was the Curacao Grand Prix was not.

Curacao is a small island in the Caribbean, just off the coast of Venezuela, but is actually a constituent country of the Netherlands. Just 38 miles long and with one significant population centre, it’d probably be somewhere near the bottom of the list when it comes to viable places to hold a grand prix. But in the mid-1980s, local race promoter Paul Wederfoort was keen to see more racing on the island than just the organised drag races which had become popular and decided to set up a street race on the island’s capital of Willemstad – with the added bonus of putting Curacao on the world stage and hopefully boosting tourism.

Now, anyone can say that they want to organise a race. So what if someone wanted to host a race on Curacao – I could say that I want to hold an F1 race on the rings of Saturn but it doesn’t mean that it’s in any way feasible. So what’s the point in even bringing up the subject of the Curacao GP that didn’t happen?

The point is that a race did happen – and the organisers were really keen to see Formula 1 visit this tiny island.

The idea came about in 1985, which was too late to try and get on that year’s calendar, so the target was to get a place on the 1986 calendar. The local governing body, the FAC (Fundashon Autosport Curacao) wasn’t capable of preparing and hosting an international event on its own so enlisted the help of the SCCA (Sports Car Club of America) to assist in preparing and building a track utilising the streets of Willemstad.

The result was a fairly short and twisty 2.29-mile circuit around the Waaitgat port in Willemstad, the outline of which looks a little bit like the head of a Goblin Shark (if you squint a bit, anyway.)

Amazingly, the plans were enough to convince the brand new FIA Formula 3000 championship (once considered the last step on the rung before F1, just like Formula 2 today) to visit Curacao for a non-championship race at the end of the 1985 season. And so, in October 1985, the F3000 teams and drivers rocked up to have a stab at this new and unusual venue.

Unfortunately, when they arrived, they discovered that the circuit wasn’t quite up to the usual standards. The Armco had been shoddily put together, the tyre barriers were crudely arranged, and parts of the track were breaking up. In addition to that, the local traffic has apparently leaked so much oil onto the surface that it was permanently slippery – so much so that drivers were having to use wet compound tyres in the dry, just to find some grip.

Because of that, the teams burned through the tyres so quickly that by the time of the race, they’d run out of tyres. Luckily, the surface had improved just enough to use slicks – although they all had to the super sticky qualifying rubber (usually good for just a few quick laps) for the 58-lap race.

Despite these issues, the race itself took place without major incident. Mike Thackwell had taken pole position, only for his car to break before he’d even started the warm-up lap. That left John Nielsen to take the lead and go on to beat Ivan Capelli by 41 seconds, with the rest of the field more than a lap behind. Of the 20 drivers, 10 reached the finish as a mixture of accidents and car failures accounted for the rest – a fair rate of attrition, but not significantly worse than any other race of the time, which is perhaps surprising given how mad the track was.

Despite the numerous issues, the race was considered a tentative success – the fans loved the event, and the FIA decided that in 1986, Curacao would be a points-paying round of the Formula 3000 season. But what of the FAC’s F1 dreams?

For all of the positives of the event, it was quite clear that the standards of organisation weren’t good enough for F1 – even by 1980s standards. It seemed like the SCCA had made only the bare minimum of efforts to set the whole thing up and despite the complaints, they weren’t keen on putting in the effort to make any improvements for the following year. With F1 clearly looking it was never going to happen, the FAC gave up on the dream of hosting the pinnacle of motorsport and ended the project. The F3000 race was cancelled and the Willemstad street circuit in Curacao never hosted another race.

It was probably for the best. The F3000 cars struggled with the conditions, and they ‘only’ produced around 450bhp – can you imagine a 1000bhp plus turbocharged F1 car trying to race around a narrow street track using on an oily surface with virtually no grip? OK, it could have been amusing, but it would also have been an absolute shambles.

The idea for a Curacao GP was probably a decade too late. In the 1970s, the sport might have ventured there for a non-championship race, and even in the early 1980s it might have stood a chance at sneaking onto the calendar – even if it was only provisionally. But by the mid-1980s, F1 was becoming ever more professional as Bernie Ecclestone pushed to make it a truly global, top-tier sporting occasion. Ramshackle street tracks were already falling out of favour as the push for safer, purpose-built circuits with top-level facilities become ever stronger.

Given all of that, the Curacao GP was never going to succeed in 1986. But, with F1 now on a real kick for street circuits in tourist destinations, it seems like anywhere can be the location for a potential future grand prix. Why not Curacao again? 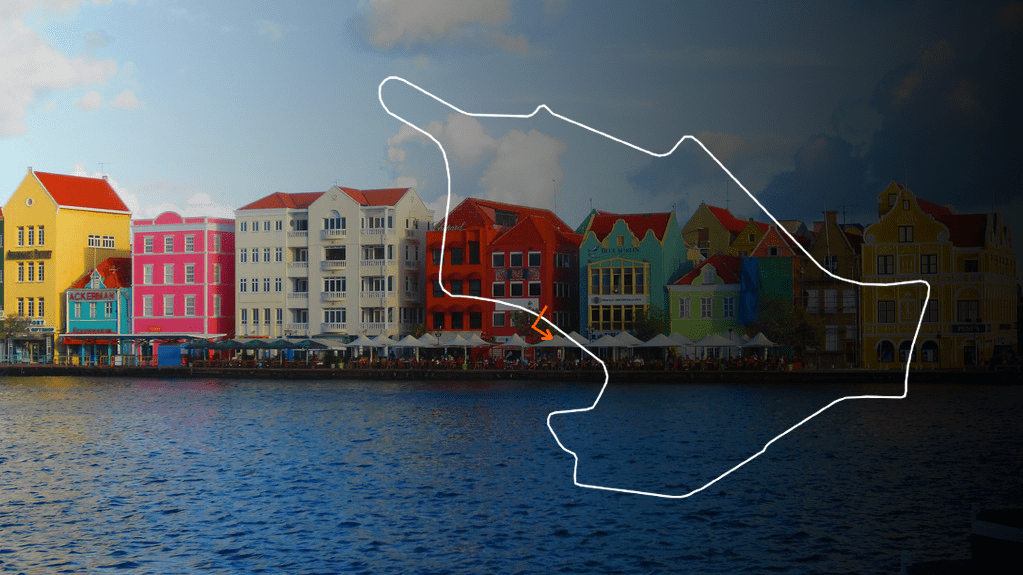