It’s a pretty good time for racing gamers and sim racers at the moment, particularly when it comes to new opportunities and competitions – such as one recently announced by McLaren.

Now, Porsche and Microsoft are hosting a 24-hour long Forza 6 race that will be held simultaneous to the actual Le Mans 24 Hours.

Next month, an event called the “Forza Racing Championship (Forza RC) Season 3: The Porsche Cup) will pit the top racing gamers against each other in a gruelling endurance race.

It’s thanks to Forza and Microsoft teaming up with the Automobile Club de L’Ouest (ACO), with qualifying rounds already taking place and ending on May 28th.

Those who make it to the final will race in the 24-hour long endurance race at the same time as Le Mans, with all gamers driving Porsche 919 Hybrids.

Whoever wins will get prize money and the title of the newly-created “Official Endurance eSports Category” established by the ACO.

Interested? You can take part in the competition by signing up here. All you need is an Xbox One and Forza Motorsport 6. The final takes place from the 17-18 June.

Of course, Porsche’s exclusive EA deal expired at the end of last year, opening up the chance for the German manufacturer’s cars to be brought to other games.

Forza now has a six-year partnership with Porsche and there’s already been an impressive Car Pack DLC that arrived to Forza Horizon 3.

The new eSports endurance event is another sign of Porsche’s new connection with Forza and also a new, exciting opportunity for racing gamers. 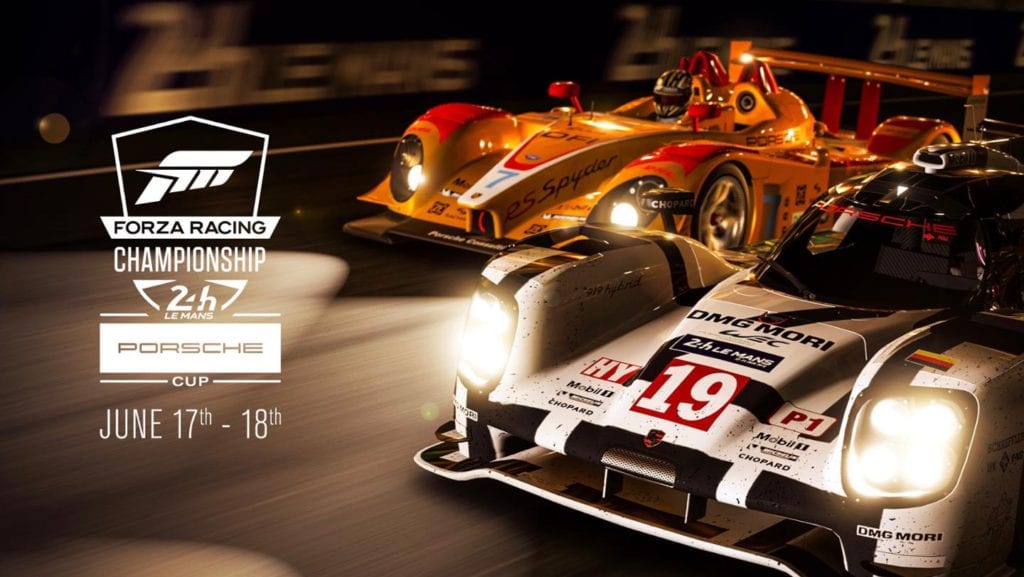