Porsche Has Used Tyres From Its Le Mans-Winning 919 Hybrid To Make A Vinyl – WTF1
Skip to content
×
Design , Endurance

From coffee machines in racing liveries to bluetooth speakers shaped like a Pirelli F1 tyre, we love a bit of weird motorsport merch, and Porsche’s latest memento certainly fits into the category.

The Stuttgart marque is one of the great endurance racing manufacturers and has more wins at the 24 Hours of Le Mans than anyone else. The last of those came with the 919 Hybrid in 2017 and to commemorate the car and the decades of history, Porsche has put together a recording titled ‘The 24 Minutes of Le Mans’. It’s a collection of 24 stories about Porsche’s successes and failures in the event, told by the people who were involved. That’s cool enough in itself, but what’s grabbing our attention is one of the ways you can listen to it.

Porsche has decided to make it into a record, but not just one made up of any old vinyl. Instead, the team has taken the last sets of tyres to run on the 919 at Le Mans and pressed them into a limited run of vinyls. That’s right, you can listen to stories about Porsche through the blitzed-up tyres of one of its cars. How cool is that!?

To get one, you’ll probably need to be a little bit lucky. Just 200 of the records are being made, with 24 of those being sold off in a charity auction this weekend – which probably also means they’ll cost quite a lot.

That’s a shame if you want to own a record made out of genuine Le Mans-winning tyres, but if you just want to listen to the audio then the whole thing is available on the likes of Spotify, Soundcloud, and other streaming platforms. 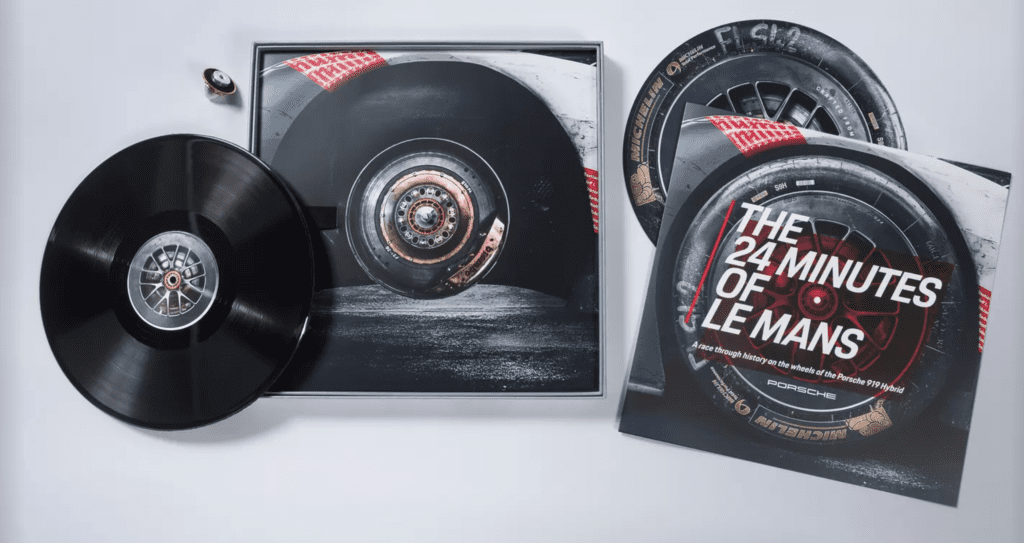