Porsche To Take 919 Evo And 956 C Around The Nordschleife – WTF1
Skip to content
×
Endurance , News

Porsche To Take 919 Evo And 956 C Around The Nordschleife

Two legendary Porsches will go on a demonstration lap of the 25.6 kilometre circuit deep in the Eifel Mountains as part of this weekend’s Nürburgring 24 Hours event.

Unlike at Spa-Francorchamps – where Porsche first introduced the 919 Hybrid Evo last month – Neel Jani will not be behind the wheel of Porsche’s latest LMP1 car, passing control over to former teammate Timo Bernhard.

Hans-Joachim Stuck, three times a winner of the Nürburgring 24, will be reunited with the 956 C, a car he shared with the late Stefan Bellof – whose legendary 1983 lap record around the ‘Green Hell’ still stands.

“The Nordschleife is home for me,” said Bernhard, who will be competing in the race itself with his own team.

“When I was a kid I used to accompany my father to the Eifel mountains. The complexity of this over 20-kilometre long track doesn’t compare to anything.

“[Bellof’s] unbeaten lap record at the Nordschleife is terrific. I feel honoured to accompany a historic Porsche 956 C with the 919 EVO.”

Meanwhile, Stuck reflected on his first meetings with the 956 C, saying that Bellof taught him how to drive the ground effect car.

“The 956 was new to me and Stefan taught me how to drive,” Stuck recalled. “I learnt an awful lot from him.

“When I joined Porsche, I understood why those cars were unbeatable. You had no gearbox issues, the brakes were excellent and thanks to this tremendous downforce, you could enter the corners at very high speed.

“Literally, the car stuck to the ground. Emotionally, this is something hard to top.”

The 919 Hybrid tour will continue next month at an unconfirmed European destination, with the Evo version expected to next feature at Spa once more in July. 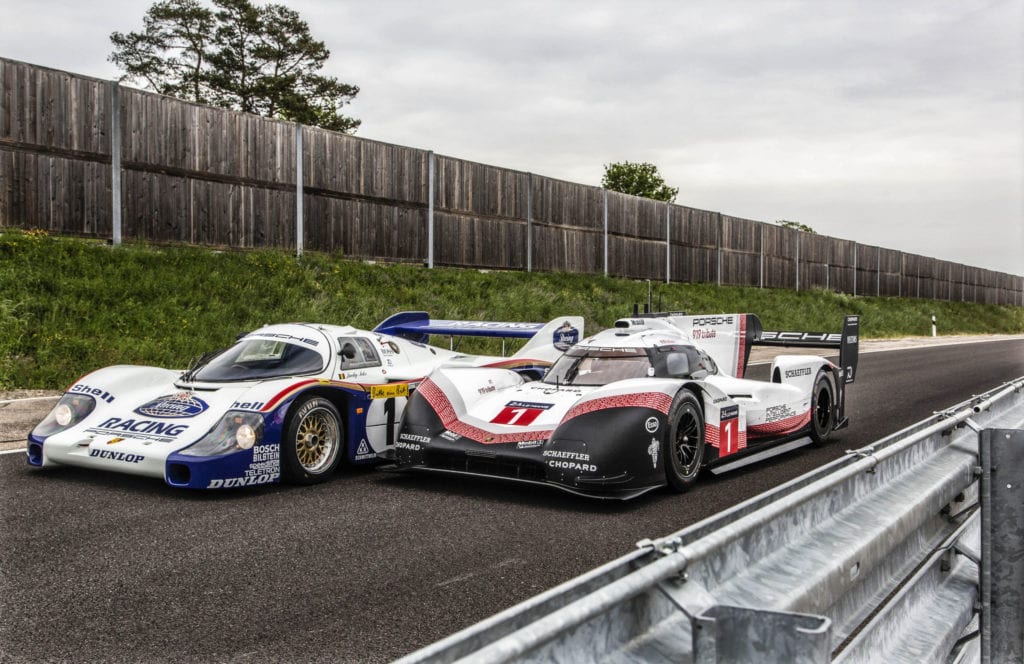