Several people wearing orange t-shirts from an environmental protest group have been arrested after they invaded the British GP track on Lap 1 and laid down on the Wellington Straight – but the red flag caused by the Turn 1 chaos between Guanyu Zhou, Alex Albon, Pierre Gasly and George Russell meant a dangerous incident was averted.

The group ran onto the track ahead of what would have been the second lap, but the red flags were out for the very scary Turn 1 incident on lap 1, where Zhou was extracted from his Alfa Romeo. The protestors were tackled by track marshals and the police.

A statement released from F1 and the FIA read “We can confirm that after the red flag, several people attempted to enter the track. These people were immediately removed and the matter is now being dealt with by the local authorities.”

Earlier in the week Northamptonshire Police released a statement saying that they had ‘credible evidence’ that a group was planning to protest but did not name the group they were suspicious of.

But despite said intelligence and safety warnings, the police were unable to stop the protestors from gaining access to the track and it raises questions about how, with all the intelligence the police had, this incident still happened and could even be seen on some of the onboard cameras of the drivers who were bringing damaged cars back to the pits! 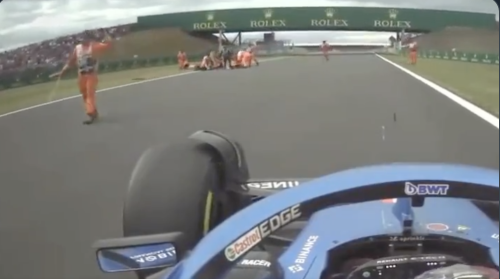 A protest against oil at this race is actually slightly embarrassing as F1 chose the British Grand Prix to reaffirm their commitment to ‘Net-Zero carbon by 2030’  and showcased a ‘100% sustainable fuel’ which is set to be powering the next-generation of hybrid engines in F1.

It is very scary to think that without the red flags, these protestors could have been in a lot of danger. Thank you to the track marshals for keeping everyone safe. 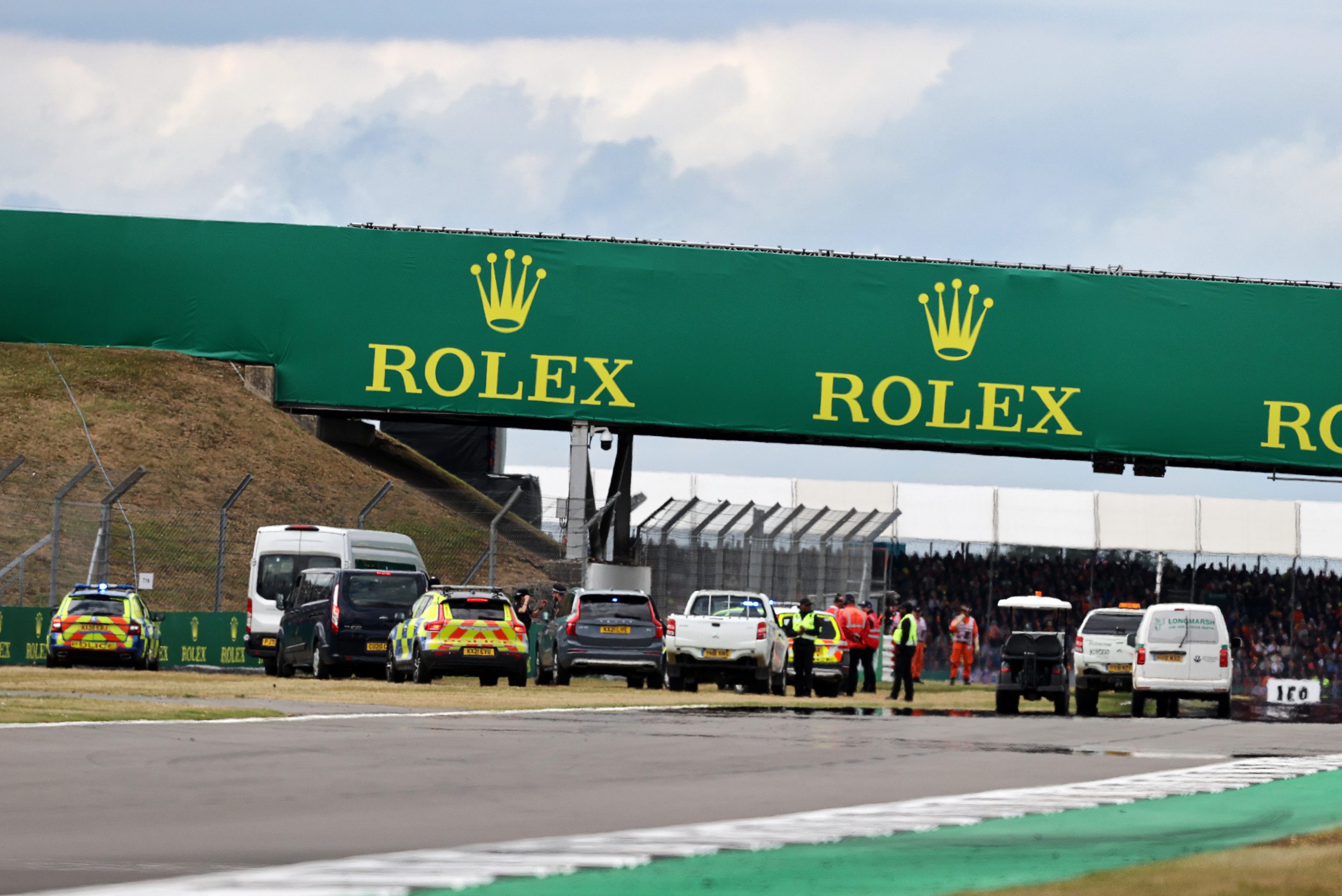