Racing Point Has Been Reprimanded Again For Their Rear Brake Ducts

Just because the ruling on Racing Point following Renault’s protest was announced ahead of Friday practice, it doesn’t mean that situation is over. In fact, with four other teams appealing the decision (apparently wondering why the punishment wasn’t more severe) and Racing Point appealing it because they don’t see anything wrong with what they’ve done, it’s probably only just beginning.

That off-track distraction didn’t appear to have too much of an effect on the track, though, with Nico Hulkenberg qualifying a brilliant third, and Lance Stroll leading Hulkenberg home to finish a solid sixth and seventh in the race. However, after the race, the team was summoned to the stewards for running the exact same rear brake ducts which contravened the sporting regulations in the first place.

Now, given the fact that the outcome of the protest was only announced before practice on Friday, there was no way the team could redesign new ones for the race – even if Racing Point’s factory is just across the road from the track. And in any case, the team doesn’t believe it’s done anything wrong.

Thankfully, the ‘investigation’ appeared to be little more than a formality. The points deduction and fine only related to the use of the parts in the Styrian GP, with formal reprimands being issued for the use in the Hungarian and British Grands Prix. And that’s what’s happened here – the team has once again been reprimanded for using the same rear brake ducts in the 70th Anniversary GP.

With an appeals process involving five times, it’s likely this whole story is going to continue to run for weeks and weeks – and it’s likely the Racing Point will continue to be reprimanded at each race until a decision is reached. Which begs the question… what is the point of these reprimands? How many can the team receive before they add up to another penalty? Will Racing Point bring in a new rear brake duct design in the future ‘just in case’? No wonder so many people are appealing the decision – regardless of whether you think it was right or wrong, there can be little doubt that’s it’s incredibly confusing… 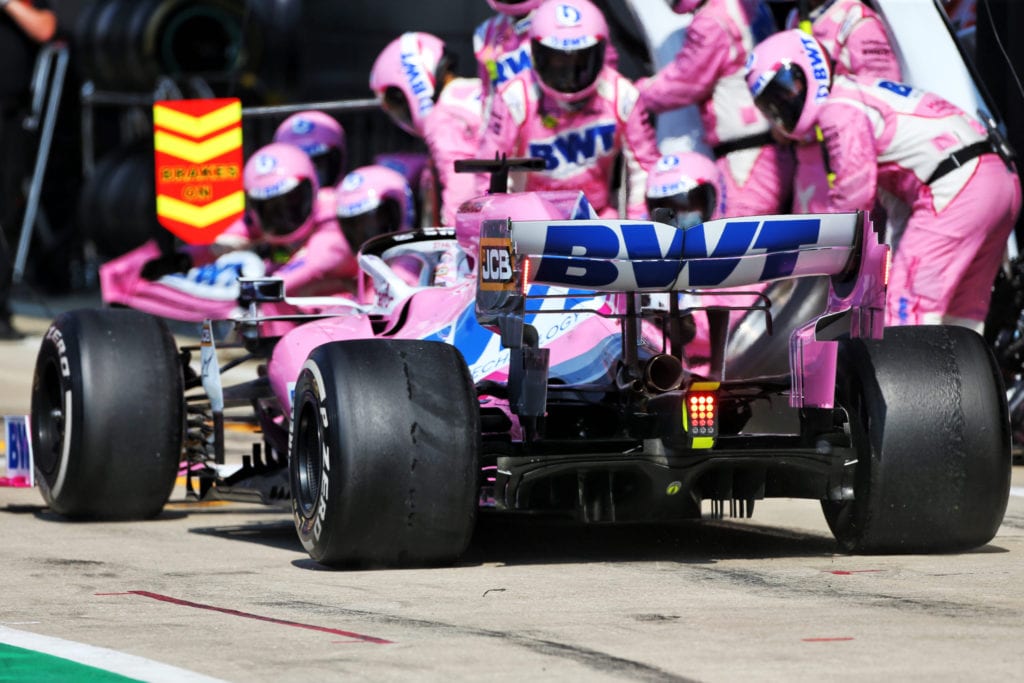