Racing Point Is Protesting The Legality Of Renault’s Car

Renault had a terrible qualifying but a superb race as Nico Hulkenberg went from 15th to 10th and Daniel Ricciardo soared from 16th to sixth following a penalty for Charles Leclerc.

However, those results have now been declared ‘provisional’ as shortly after the racing, Racing Point protested the result, claiming that the Renault R.S.19 is running a “pre-set lap distance-dependent brake bias adjustment system” which is in contravention of the technical regulations.

…prepared by @RacingPointF1, a further meeting will take place at a future date, to be defined.@RenaultF1Team intends to use this recess to prepare an equally detailed case to rigorously defend its position.
The results of the #JapaneseGP still stand at the current time.
[2/2]

Following a meeting with the event stewards, Racing Point’s protest was accepted and the ECUs and steering wheels of the Renault have been sealed and impounded, pending further investigation.

The results of the investigation are likely to take a few days. Should Renault be found to have broken the rules then a double disqualification from the race would be the most likely outcome, which would promote Leclerc up to sixth, Pierre Gasly to seventh, Sergio Perez eighth, Lance Stroll ninth and Daniil Kvyat to 10th. 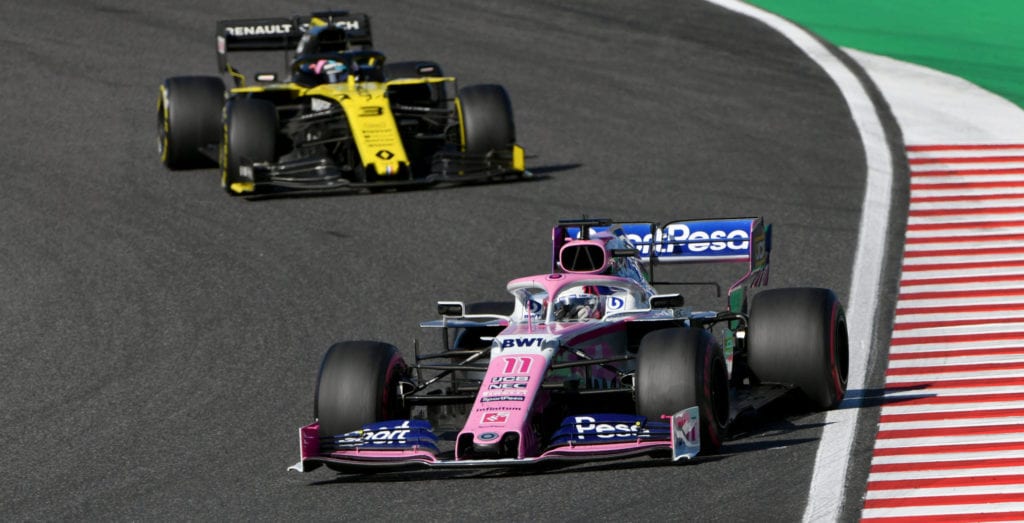