Racing Point Loses 15 Points And Is Fined €400,000 As Renault’s Protest Is Upheld

The legality of most areas of the ‘Pink Mercedes’ appeared to be well above board, but Renault’s protest focused in on an area in which the team might have messed up: the brake ducts. This is because during 2019, brake ducts were non-listed parts – meaning teams don’t have to design those parts themselves – but for 2020, they became listed parts, which meant that they do.

During 2019, Racing Point acquired brake duct designs from Mercedes. The front brake duct designs were fitted to the 2019 RP19 and adapted throughout the season, and when designing them for the RP20, were adapted from this design. This is completely legal, because although they are essentially copies of the Mercedes part, it was legal to copy them when it was done – i.e., before they became listed parts.

The problem stems around the rear brake ducts. According to the FIA documents, Racing Point acquired these parts in 2019 but, because the RP19 had a ‘high rake’ design philosophy, they didn’t work with the rest of the aero package and therefore weren’t fitted to the car last year.

However, the designs for the rear brake ducts were essentially copied and modified and incorporated into the design of this year’s car. Because they were introduced as a new part for 2020, the FIA has judged this to be in breach of the listed parts rule surrounding the brake ducts. In other words, if the team had used the designs on the 2019 car (as they did with the front brake ducts), they’d have been considered legal for this year and would have got away with it.

Renault protested the cars after three races (Styria, Hungary, and Great Britain – oddly not in Austria) but unusually, the punishment they team has received only relates to the Styrian GP. Each car has been penalised 7.5 points each, for a total of 15 points, which will be deducted from Racing Point in the Constructors’ Championship (but not the Drivers’ Championship). The team has also been fined a total of €400,000.

However, although the team used the same parts during the Hungarian and British Grands Prix, for those two races the team has only been issued a reprimand. The FIA verdict says that the punishment is “proportionate for the violation of the design process”.

It’s an unusual and complicated result, and the decision document is some 14 pages long (click here if you want to read the whole thing). Teams have 24 hours to appeal the decision if they wish. 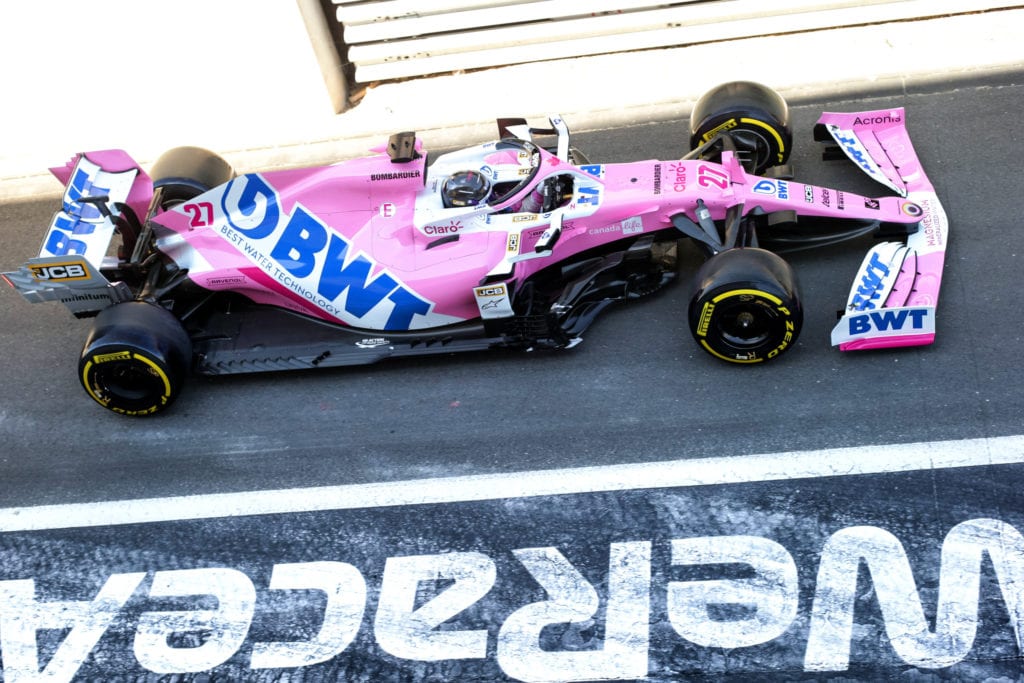