Raikkonen Explains Why He’s Moving Back To Sauber For 2019 – WTF1
Skip to content
×
Formula 1 , News

Raikkonen Explains Why He’s Moving Back To Sauber For 2019

Kimi Raikkonen was on form in Thursday’s driver press conference, and also revealed a bit more about how quickly his move to Sauber was drawn up. He also offered a bit more insight into his thinking behind keeping himself in F1, whilst punditry somewhat demands he step aside for younger blood.

When asked if he was still passionate about racing, Kimi responded with some serious sass:

“No, I’m not actually. Just by pure head games for you guys I happened to sign and I’m going to spend two years [at Sauber] just not being happy.”

He has levelled up significantly in the sarcasm skill tree with this and has unlocked the perk of ReSpOnDiNg LiKe tHiS tO fUtUrE qUeStIoNs.

Raikkonen returns to Sauber after what will be an 18-year gap, with the promising Charles Leclerc going the other way. It’s almost like viewing the circle of life of an F1 driver with this changing of the guard at Ferrari, apart from Kimi is playing Benjamin Button (no relation to Jenson, although he doesn’t seem to age either) and is going back to where it all started for him in Formula 1 to neatly bookend his career.

Although rumours of him going to Sauber have been around for months, Kimi added that he didn’t even start discussions with the team until Monza:

“I don’t think [the desire to return] it’s always been there. Obviously, you never know in the end what will happen. This is just how it ends up to be going actually, and yeah, I wouldn’t say there have been plans for a long time that this is going to happen.”

There has already been a bit of gun jumping regarding Kimi Raikkonen having some sort of interest in becoming a partner or owner of Sauber one day. It’s hard to imagine that at the moment, given that his entire emphasis on staying in F1 revolves around racing above all else. He added:

“There’s zero discussion on that. Obviously I’ve signed my contract as a driver and I hope I stay there as a driver. Who knows what happens in the future, in two years or whatever. When it’s all said and done, I’ve no idea.

“Racing. That is about it. It is the best time of the weekend. Honestly, I always said I will stop when I feel it is right for me. I don’t need to comment how I feel. The racing is the part I enjoy the most, that is why we are here.”

A seat filled at Sauber means the chances Esteban Ocon and Stoffel Vandoorne remaining on the grid next season are reduced slightly. Should any criticism be levelled at Kimi? Well, he hasn’t saved a team and brought in money as a reward, nor has he engineered the decline of one of the great teams of old. He does, however, serve as a benchmark at the other end of the age spectrum. There is rightly emphasis on bringing youth through, and the fact that Leclerc and Pierre Gasly are at top teams next season shows the ambition of this, but Kimi staying in F1 might have more to do with the stopwatch than anything else.

There were a few moments last season where fans and pundits rightly pointed out that it looked like Kimi was losing it, but the same can’t really be said of this season. If anything, Raikkonen has looked reinvigorated in 2018, and it will be fascinating to see how he fares in a team that is quickly improving and is likely to make him its number one driver. 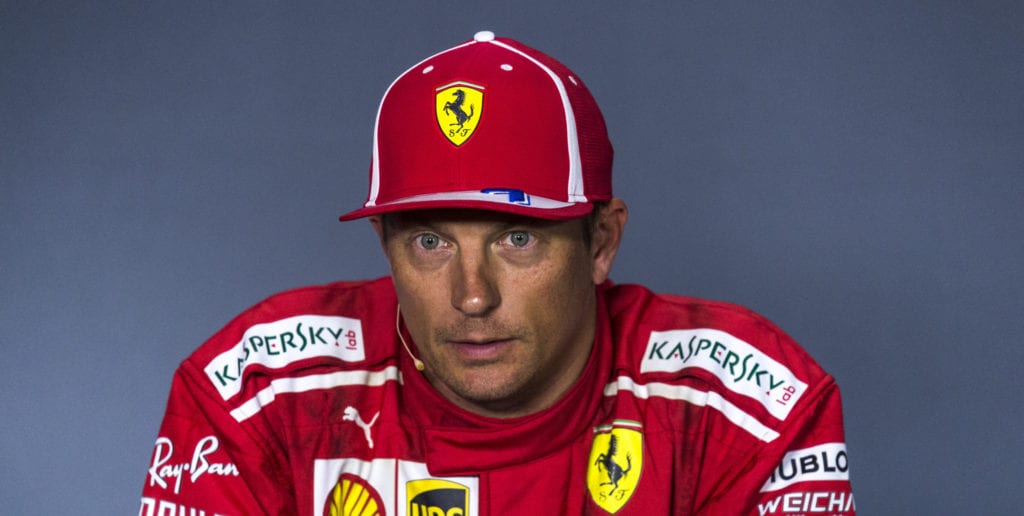