Raikkonen Gave A Classic No-Nonsense Reason For His Q3 Error

After qualifying second for three consecutive races, Kimi Raikkonen finally looked like he was going to take his first pole of the season in Baku. Purple in sector one. Purple in sector two. With just one real corner to go and over two tenths in his pocket, the Finn’s first pole position since Monaco last year was surely about to happen right?

Well, it probably would have done – had he not had a seriously massive slide at Turn 16, which he actually did well to hold.

That cost Kimi bundles of time and, with his first Q3 run not being great either, means he’ll start the race from sixth. Although conditions were tricky throughout qualifying, Kimi admitted it was nothing more than his own mistake with complete, no-nonsense honesty.

“I went sideways, that’s about it. It was really frustrating losing a pretty decent lap at that point. No excuse. I took it easier even on the entry because obviously it’s been a bit tricky all day and I went sideways. I got it back but at that point already, I knew it was all gone as it’s all flat out and long straights. It was a fuck up, a mistake and cost us quite a few places. Not the greatest ending.”

There’s added frustration, too, as Kimi said the car was feeling great:

“Today, we had a good speed but it didn’t really work out. Like I said, I can only look in the mirror and deal with it and go forward. I know the speed is there. But it’s frustrating when you’re fast and you don’t get the result that you want. Today [the speed] came pretty easily. I was taking care of it and then in the last corners, and then having a mistake is silly, even more painful. It’s not the first time unfortunately and I doubt it’s the last time. It’s just one of those days.”

One thing Kimi can possibly look forward to is the fact that he’s starting the race on the ultrasoft tyres, with everyone ahead of him on the supersofts. That could give him the opportunity to push forward early in the race whilst he has a bit of a grip advantage. He’ll have to do it quickly, though, otherwise he might end up on one of Ferrari’s questionable strategies… 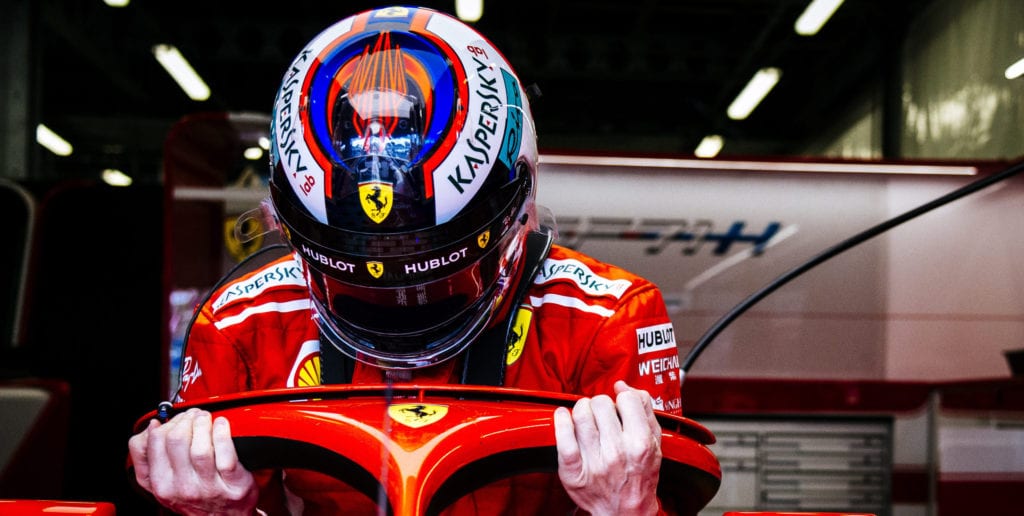