Raikkonen Got A Bit Drunk At The FIA Gala And It Was Utterly Hilarious – WTF1
Skip to content
×
Formula 1 , Fun

It’s a bit of a running joke that the end-of-season FIA Awards Gala isn’t always the most fun event for drivers to attend, so Kimi seemingly decided to find a way to make it a bit more entertaining. And not just for himself but for everyone watching, too.

With a little help from some alcohol, the normally cool and calm Iceman shed his reserved public persona and let loose. It makes for absolutely incredible viewing.

And yes, that is Sebastian Vettel rocking a Mansell moustache, yet even that had been completely upstaged by his outgoing teammate.

This was the first time Kimi had to attend the Gala since finishing third in the 2012 championship and, unless Sauber can build a beast of a car in the next two years or he goes off and does well in another FIA championship, it could be the last one he makes an appearance at for a while.

We’re just glad he made it a night to remember – though the only memory it looks like he’s going to have of the night is the enormous headache he’ll probably have woken up with this morning. 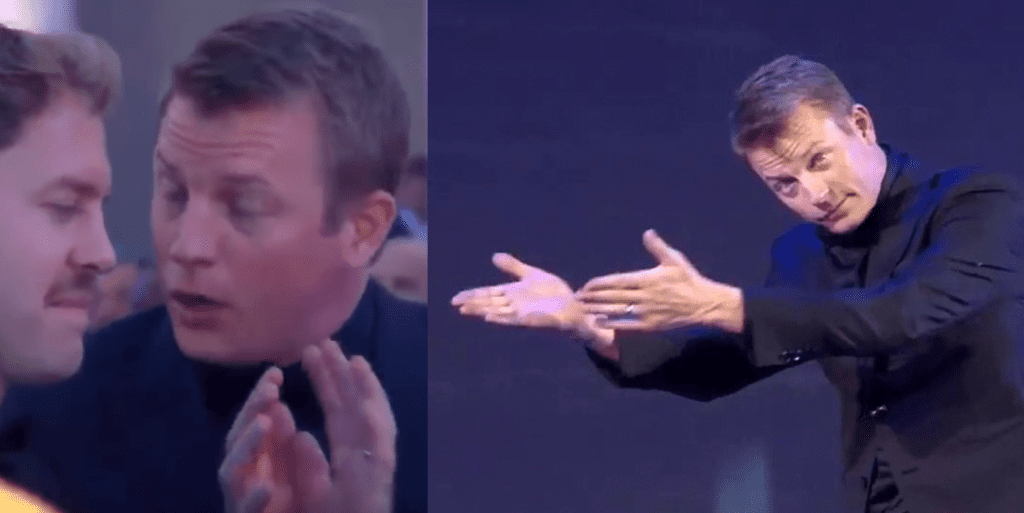