A few weeks ago, it was Lewis Hamilton watching Sky Sports F1 and showing his discontent with the lack of praise aimed at him for his heroic drive – overtaking a pack of midfield cars going around at over a second-a-lap slower and by default, not putting up a fight against the Brit due to there being absolutely no point in it – on his way to an unexpected win at the German Grand Prix.

Now it’s Kimi Raikkonen taking a pop at the dedicated F1 broadcaster, but he’s mainly got an issue with one of their guest pundits, 2016 World Champion Nico Rosberg.

“When he [Rosberg] explained why he is stopping I thought it was cool and I understood. Now he’s standing there with a microphone. I cannot understand why given the reasons he gave for wanting to leave.”

Those reasons largely centred around wanting to spend more time with his young family and a desire to take on new challenges.

When prompted, Raikkonen also expressed a desire to possibly remain in F1 after his own retirement, but not in a highly public-facing position. He added:

“I’m interested in doing something like developing a car, but in the background not in public. It will not be standing with a microphone.”

If the microphone isn’t hooked up to a karaoke machine, Kimi isn’t interested!

Usually understated, Kimi seems to be doing that upcoming book launch thing when your publisher advises you to say some controversial things to build a bit of publicity before the launch. At the same time, it seems Raikkonen is projecting his well-established general dislike for the media and media duties onto Rosberg at this point in time.

He’s a very insightful pundit, but some of us are left wanting for ‘Rosberg the F1 driver’, and the questions around him being able to beat Hamilton again seems like a question that will never be answered. On top of that, Rosberg retired in order to spend more time with his family, More importantly, Kimi wants you to buy his book and made a very persuasive comment that should make you pre-order it immediately. He said:

“It is what it is. I don’t really care if someone likes it or not.”

Some poor sod will be translating the book ready for its English language-launch on 18 October. 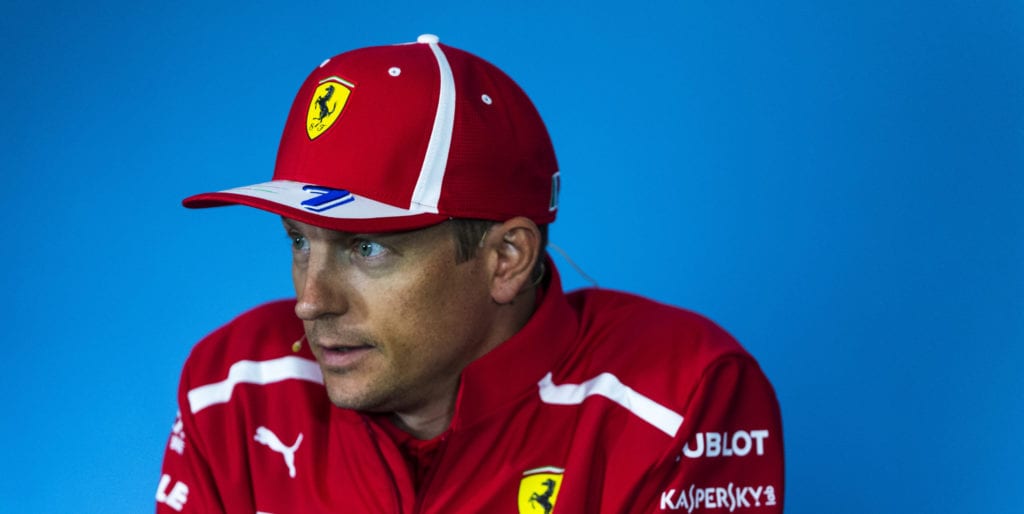