Raikkonen Was Rather Unhappy With The Way His Chinese GP Went – WTF1
Skip to content
×
Formula 1 , News , Opinion

Raikkonen Was Rather Unhappy With The Way His Chinese GP Went

Once again, Raikkonen’s strong weekend form didn’t quite translate into the kind of result he would have been hoping for. He made a decent start from the front row and challenged Sebastian Vettel into the first corner, but his teammate wasn’t playing nice and put up a tough defence against the Finn, dropping him back to fourth. Then he was left out on old tyres for ages after the others had stopped, seemingly ruining his race as he came out down in sixth. The safety car helped him recover to third, but otherwise, Kimi wasn’t at all happy with how things went.

“It was quite a painful race and not a very enjoyable one. At the start I had a good jump, but then I had to back off and this cost me a few places. After the pit stop the car was pretty fast and the feeling was good; at that point we were behind, but I could see the other cars at the end of the straight. The safety car helped us, at that time we had fresh tyres. I would say it took us back in the race.”

His recovery drive was solid, but despite much fresher tyres, he couldn’t get past countryman Valtteri Bottas to take second in the closing laps.

“In the end I had a decent speed with the mediums against the guys that were on the same tyres, but getting close to them and try to follow was really tricky. For sure we were faster than Valtteri, but when you get close it becomes more difficult, you lose so much grip in the process and lose so much downforce, especially in this kind of circuit. I just couldn’t get enough of a run on him. I’ll take what I got, because at one point it didn’t look good at all.”

It’s another case of what might have been. But after this and Ferrari’s disastrous decision to transfer Kimi to a two-stopper in Bahrain, is the team already using him to back up Vettel’s title chances at this early stage of the season?

No, not really. His strategy in China certainly became geared towards helping Vettel, but staying out so long wasn’t a bad thing. Having much fresher tyres when the safety car came out rescued Kimi’s race, and there’s always a high a possibility of a safety car at Shanghai, something Ferrari will have been well aware of.

Just two races ago, it was the other way around – Kimi on the normal strategy, challenging for the win, and Vettel staying out long, trying something different. On that occasion, it worked and Vettel took victory -something that could have easily have happened to Kimi in China. Whether Ferrari is right to keep trying that kind of strategy is another matter.

There’s little doubt that this year’s car is well-suited to Raikkonen’s driving style and that Kimi himself seems pretty fired up (well, by his standards, anyway).

If he can continue to show he’s a genuine contender, Ferrari might not have a choice but to give him the same level of support as it does to Vettel. Then again, this is Ferrari we’re talking about… 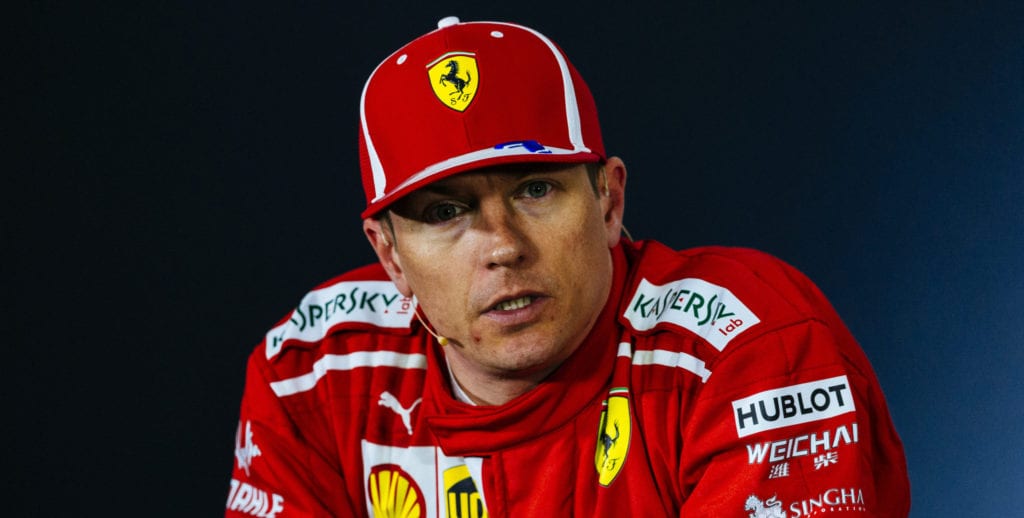