Raikkonen Was Surprisingly Sympathetic Towards Verstappen After The Race – WTF1
Skip to content
×
Formula 1 , News

Raikkonen Was Surprisingly Sympathetic Towards Verstappen After The Race

Raikkonen hasn’t made up a position on the first lap of a grand prix since the last race of 2016. So when Verstappen went off at the chicane at the end of lap one in Japan, you can just imagine Kimi’s excitement at being able to put an end to the streak. He might even have allowed himself an imperceptible eyebrow raise.

However, Verstappen’s attempt to rejoin resulted in Raikkonen being put off the road with minor damage to his car and Sebastian Vettel moving ahead of him into fourth. Max was given a five-second penalty for the incident, but Kimi admitted after the race that he could have maybe have done more to avoid contact. He told ESPN:

“In an ideal world I could have left a bit more [space]. I tried to go outside and leave him as much room as possible. I know that sometime when you come back over the kerbs it’s impossible to turn the car after you bounce over it and I don’t know if that was the case. I don’t think he purposely tried to hit anybody. If we both would be on the circuit next to each other he wouldn’t squeeze me because we all know what would happen.”

It’s a remarkably open-minded assessment from the Finn – he and Verstappen have had on-track run-ins in the past – and also backs up what Max was saying during the race about how Kimi could have avoided contact by placing his car differently.

Max explained that he was trying to stick to the track as much as possible rather than just getting away with his mistake by cutting the track, as Valtteri Bottas did later in the race. He told Sky F1:

“I don’t know why I got a penalty. It is a bit stupid. If I get a five-second penalty for that, then next time I’ll just cut the track and do it like Valtteri. I was just trying my very best to still make the corner and not make it look like I’d locked up and just cut the corner. But I know what to do next time now.”

Given his reputation and tendency to get involved in incidents, it’s easy to just dismiss this as another case of Verstappen being a bit hot-headed. But there is a certain degree of honour in his attempt to stick to the track as much as possible after his mistake, despite it not being the quickest option.

However, he was given the penalty for an ‘unsafe rejoin’. Since there was an alternate option of simply cutting the chicane altogether and rejoining in a safer manner, you have to say it was probably a fair decision. 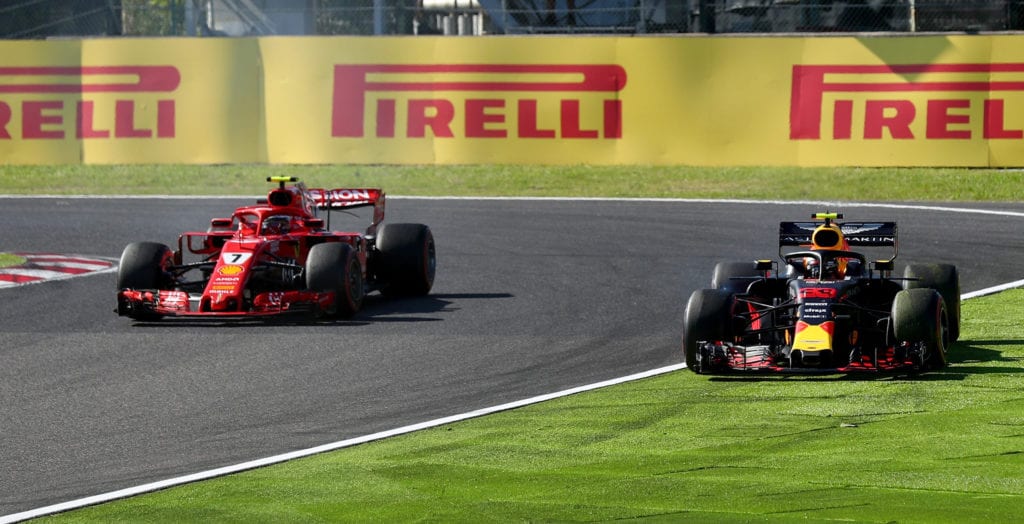