The Iceman has poured cold water on early championship celebrations with his first win for Ferrari since 2009, and his first victory in Formula One since the season opener for Lotus in 2013.

Kimi drove superbly throughout, absorbing intense pressure from Max Verstappen and Lewis Hamilton in the final stint. A popular winner in one of the best races for the lead we have seen in the past few years, let alone this season.

Kimi Raikkonen got off the line well to size up and overtake Hamilton going into turn one, marking the Finn’s first gain on lap one for 37 races. Further back, chaos ensued as Lance Stroll attempted a move on Alonso going into the sector one esses, the Williams clattered the McLaren into early retirement. Later in the lap, there was contact between Grosjean and Charles Leclerc, the Haas driver lunging into the Sauber driver and ending his race early. Grosjean will probably be reprimanded, and might get a race ban for Mexico if he receives three penalty points on his license.

As Leclerc pirouetted in the background, Vettel yet again tried a risky move, this time on Ricciardo for 4th. Their front wheels kissed and Vettel was spun. He recovered, but was left in the midfield, with another costly error that has unfortunately defined the dovetailing of his title contention this year.

The fallout of these incidents allowed the Renault drivers to take advantage, with Hulkenberg and Sainz running 5th and 6th early on, although the Spaniard would take a 5 second time penalty for gaining an advantage whilst venturing off-track.

Elsewhere, Max Verstappen had gained nine positions for 9th after three laps, and was already up to 7th on lap five. If it was going well for one Bull, it was disaster for the other, as Ricciardo pulled to the side having lost all power on his car, his race over on lap nine.

The stationary Bull prompted a virtual safety car period that allowed some variation of tyre strategy, with Mercedes jumping first with Hamilton boxing from 2nd place. The advantage of pitting under the VSC meant that Hamilton would reemerge on fresh softs in closer quarters to Raikkonen, who was still in the lead. Six laps later, Hamilton was only 2.8s adrift of Kimi.

Each driver in the top five opted for soft compounds apart from Verstappen, who started on the harder compound and switched to the red-walled supersoft on lap 32.

On lap 37, Hamilton made a second stop after utilising an early stop under VSC, and was on fresh softs that would take him to the end. He crucially emerged in 4th, ahead of Sebastian Vettel in 5th, and looked to be the driver poised to make a charge. At the front, Kimi Raikkonen held a two-second lead over Max Verstappen, with Bottas six seconds adrift in third. A few laps later, the front two cars maintained a similar gap, whilst Bottas let Hamilton through for 3rd.

This was a great example of what varied tyre strategy can give us in terms of racing. Going into the final ten laps, we had Hamilton on fresher rubber on a charge, trying to catch Kimi and Verstappen in order to outscore 5th placed Vettel, who himself was starting to pull in Bottas, by eight or more points.

Further back, Renault had managed to maintain their strong position gained earlier on, with Hulkenberg 6th and Sainz 7th. With Ocon 8th, Magnussen 9th, and Perez 10th, this was looking good for the yellow cars in terms of Hulkenberg’s bid for the ‘best of the rest’ unofficial championship, and also their bid for 4th in the Constructors’ standings.

At the front, the gap between Raikkonen and Verstappen was 1.7s, with Hamilton 1.5s adrift of Max. Going into the final phase, we had three drivers from three teams battling it out for the win. Vettel remained 1.4s behind Bottas, and he simply needed to make the move on the Finn if the title fight was going to roll over to the Mexican Grand Prix.

With five laps to go, it was an excellent fight for the lead as Raikkonen vs Verstappen vs Hamilton continued, each around one second adrift of the other, all flirting with the DRS activation point. All this with the threat of traffic looming up the road. On lap 54, Hamilton went for it, spotting a mistake from Verstappen who had gone too deep into the corner after the main straight, a few attempted undercuts in the final sector later and the move was so close to being done, but they ultimately cost eachother time and maintained position, all but handing victory to Kimi Raikkonen.

On the penultimate lap, Vettel managed to make a move stick on Bottas and jump to 4th, meaning his title hopes were still fractionally alive. At the checkered flag, Kimi was the popular winner, his first victory since Austalia 2013. Verstappen had a stunning race for 2nd having started 18th. Hamilton was a slightly disappointing 3rd, he will have to wait a few more weeks before securing the title by finishing with a few points.

Vettel ended up 4th after another big error in his race, with Bottas 5th, Hulk 6th, Sainz 7th, Ocon 8th, Magnussen 9th and Perez rounding out the top ten. In terms of the title fight, If Hamilton finishes 7th or better in Mexico, he secures the title. Vettel must win. 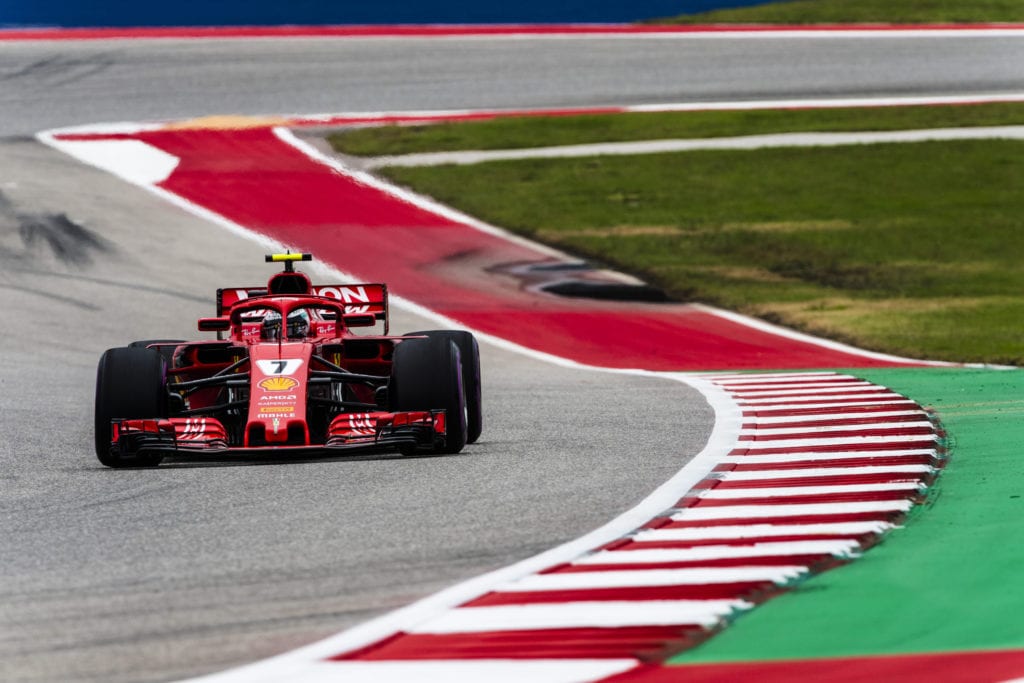