Rally Argentina Had The Third Closest Finish In WRC History

Elfyn Evans had earlier enjoyed a comfortable lead of over a minute after a stunning start to the event in his Ford Fiesta WRC, but brake problems, two punctures, small errors and other issues cut his advantage severely.

He was just six tenths ahead of a charging Thierry Neuville coming into Sunday’s final stage, with both drivers looking incredibly equal on the rough and tough mountain roads.

However, a small error from Evans led to him swiping a bridge and lost him time. The Brit ended up finishing just seven tenths behind Hyundai’s Neuville, losing out on a potential first victory in the WRC.

Neuville admitted watching his rival’s final stage was the “worst time” in his life, while an emotional Evans said he was “gutted” and the result was “difficult to take”.

The tiny difference between Neuville and Evans means it’s the third closest finish in WRC history and one of only three under the 60-second mark. 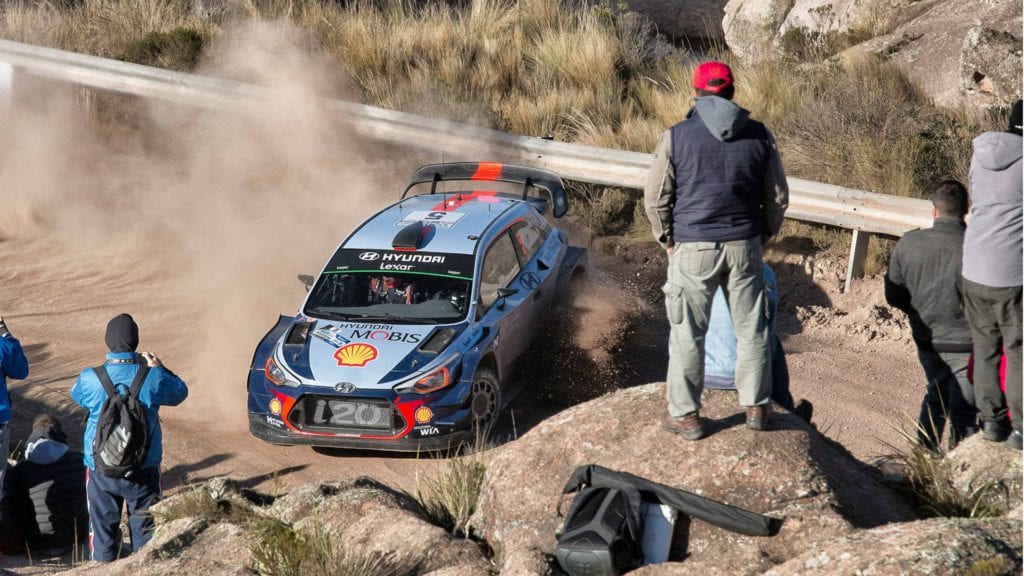