Red Bull Already Thinks It Might Have To Take Tactical Engine Penalties This Season – WTF1
Skip to content
×
Formula 1 , News

If you think it’s probably a bit early in the season to already be chatting about engine penalties, you’d be right. The cars haven’t even been revealed yet, let alone turned any laps! However, Red Bull’s Dr Helmut Marko already thinks that there’s a strong possibility the team will have to plan for grid penalties as he’s not sure if the Honda power unit is quite there yet in terms of reliability. Marko told Autosport:

“We are aware that it will probably be difficult with reliability. Most probably we won’t be able to get through the season on three engines. But if you choose the right tracks, you can be back at the top in a few laps. That will be the concept, that we consciously accept engine penalties if necessary.”

It sounds slightly ominous – reliability has been a big struggle for the team with Renault power over the last two seasons. So, why the optimism over the Honda partnership? Well, whereas the Renault was slightly underpowered as well as being unreliable, it seems Honda has been able to bridge the performance gap to Mercedes and Ferrari. That should mean that when everything is working properly the team can expect to compete for wins at a wider variety of circuits, not just at a select few.

Marko said that another benefit would be that for the first time in the hybrid era, Red Bull will have access to a proper ‘party mode’ in qualifying:

“The figures make us really optimistic, also with regard to the increase in performance. For the first time we can also celebrate with a ‘party mode’!

“The Honda engine is already slightly above the Renault engine. If you combine our GPS data with the data provided by Honda, we’ll be in the Mercedes and Ferrari region. Of course they’re not sleeping either. But they are already at such a high level that they can no longer make such jumps. Even if we should be 10 or 15 kW [13 to 20bhp] behind, that was no different in our Renault era with the eight-cylinder engine. We can make up for that.”

It’ll be interesting to see how it all works out and whether Marko’s predictions come true. In the name of closer competition at the front, we hope it does. The issue will be that if Red Bull starts winning lots of races, only to be let down by car failures and grid penalties (think a Kimi Raikkonen and McLaren in 2005 scenario), how long before the joy of being able to win races gets overtaken by the frustration of not being reliable enough to win a championship?

You’d have to think that everyone at the team is sensible enough to deal with 2019 being a bit of a learning year for the partnership but if the same pattern continues into 2020, who knows what could happen… 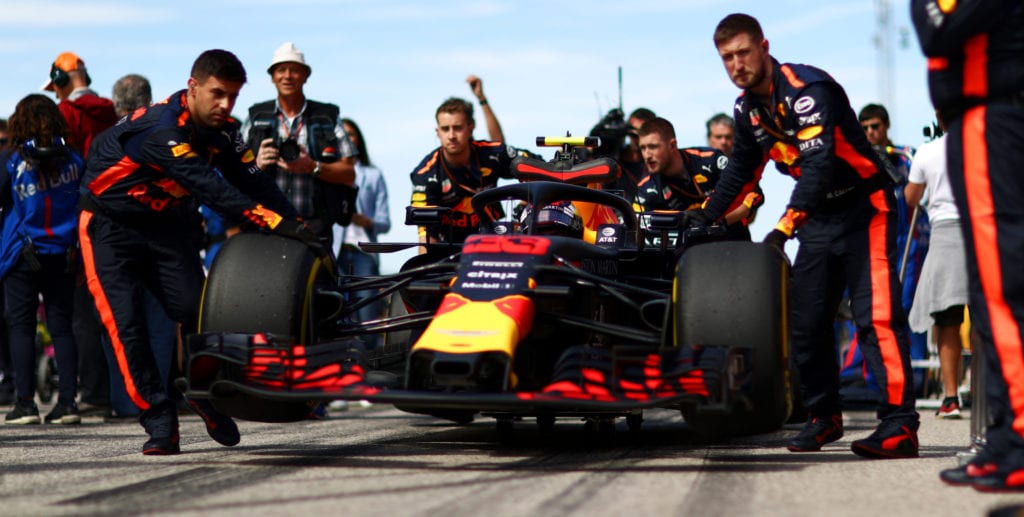