Red Bull And Alonso Continue To Argue About Supposed Contracts

Since Alonso announced that he’d rejected Red Bull of a 2019 seat and the team’s resulting denial of this ever happening, the exchanging of shots between both parties have descended into something a bit more conflictive.

On hearing about Red Bull’s categorical denial of any contract talks with Alonso, the Spanish driver has publicly demanded an apology from the team. Alonso told Sky F1 that,

So I’m happy you asked me this question, because the comments of Christian Horner this summer and Mr Marko are completely out of context, surprise comments about me creating chaos, difficult man to work with.

One, they never worked with me, and secondly they’ve been chasing me for five or six occasions in the last seven years, and now they say that, that they are loyal to their programme and their commitments and their junior drivers.

It has been weird, it has been unfair to me. I wrote to Christian after his comments thus summer, he apologised by email, and hopefully he’ll apologise again this weekend.”

There would be no reason for Alonso to claim that he has been approached by Red Bull twice this year, rather than once, if he is lying. Simply because if he is, this would voluntarily double the depth of the hole that he may or may not be digging. It’s a truly bizarre scenario given that the deal isn’t even happening. We’re talking about the miscommunication of two parties that have never been affiliated with one another.
Christian Horner has responded to Alonso’s summons for an apology by joking that Toro Rosso might have been the team offering the seat. He also told Sky F1 that,

“I’m not quite sure, maybe Franz Tost (Toro Rosso team boss) has made him an offer. There was no offer from Red Bull Racing this year.

Fernando Alonso is a great driver, he is one of the best grand prix drivers out there. But he just doesn’t fit the profile of our team, the investment we have in youth, in a junior team with Toro Rosso. I think it will be sad for him to leave Formula 1.

But there was certainly never any offer on the table from Red Bull Racing, the situation was always very clear that Fernando doesn’t fit in our thoughts and our future so there was never any offer. Why Fernando’s chosen to say that I’m not sure, I’m not sure whom he had the offer from. ”

Nobody will likely ever know the truth behind this, even when the future autobiographies of Alonso and Horner emerge, this will likely be a fork in the road in which the reader will choose between one parallel universe or the other. But for now, this mystery remains (wheeze)… Unsolved. 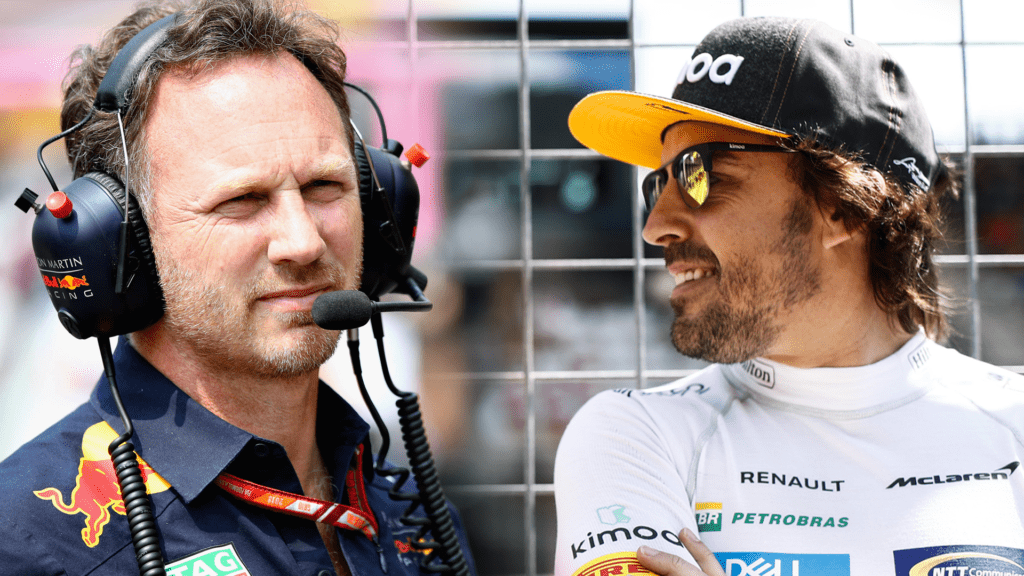