In our opinion, Red Bull and AlphaTauri have some of the best liveries on the current grid. However, we’re excited to see what changes they’re going to make for this weekend’s Turkish Grand Prix as they have confirmed BOTH teams will have a change of look to celebrate their partnership with engine supplier Honda.

On what should have been the Japanese Grand Prix, both Honda-powered cars are getting a makeover, with the Red Bull even going predominantly white for the weekend. You have our interest, Red Bull.

“At this weekend’s Turkish Grand Prix, Red Bull Racing and Scuderia AlphaTauri will race with unique liveries to celebrate the teams’ race-winning alliance with power-unit supplier Honda and to give the manufacturer’s fans in Japan a chance to wave farewell to the company, on what should have been the occasion of its final home race at Suzuka,” a Red Bull statement said.

It’s a lovely touch, especially as this is also Honda’s official last year with Red Bull.

Going into more detail, a statement said that “the twin Red Bull Racing RB16B cars of Max Verstappen and team-mate Sergio Pérez will feature a predominantly white livery inspired by the legendary Honda RA 272 car, in which US racer Richie Ginther secured the company’s maiden Formula One win at the 1965 Mexican Grand Prix”. What cool details!

AlphaTauri is also getting a fresh lick of paint but only at the rear of the car, with the cars of Pierre Gasly and Yuki Tsunoda both featuring the one-word message ありがとう(arigato), meaning ‘thank you’.

Although there are no official photos yet, we can get a glimpse of what it will look like through Red Bull’s social media.

It’s a sad time of year for Honda, with the Japanese GP being cancelled due to the pandemic meaning they’ll get no home race unless they decide to make a return to F1 down the line.

Red Bull have a long history of doing special liveries, which you can see in our favourite 10 memorable one-off liveries article here. 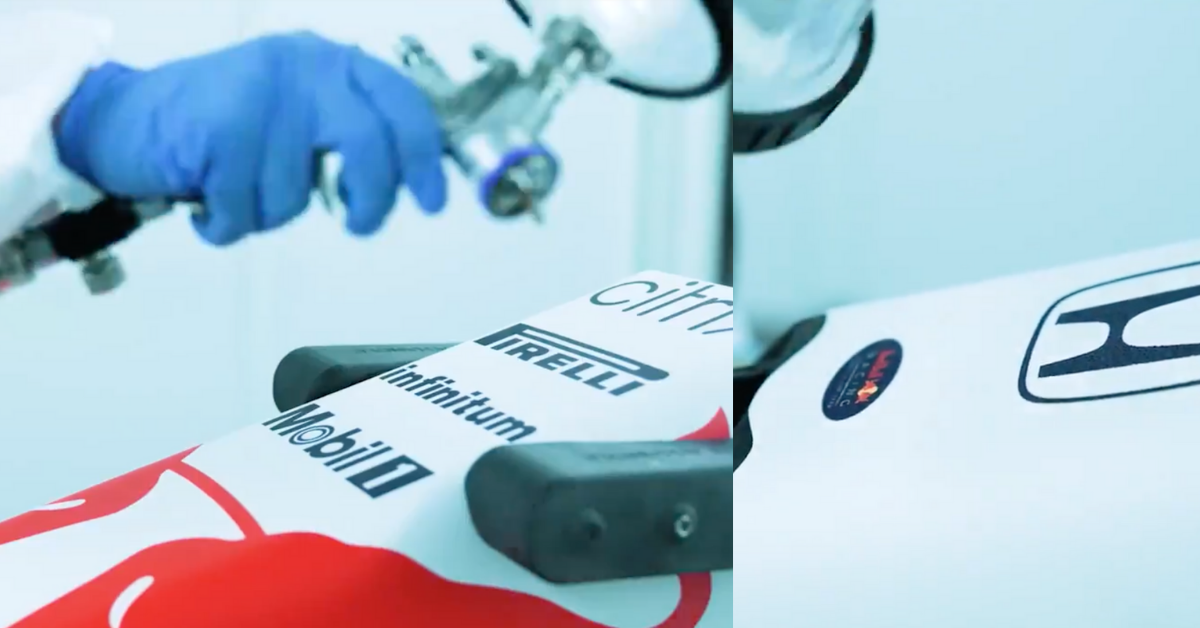