Trying to find tiny performance gains in unexpected areas is part and parcel of the engineering challenges of F1. That’s why Ferrari’s car is matte red this season, for instance, as the paint is slightly lighter than if it was gloss.

Now, Red Bull has revealed that it mandates its all of its drivers to use a specific helmet manufacturer – Arai – because the aerodynamic properties of the shape of the Arai helmet are taken into consideration in the design of the car. Red Bull advisor Helmut Marko told Motorsport.com:

“The Arai helmet was used as basis for our car concept. We’ve had a contract with Arai for many years, and not only for the drivers at Red Bull Racing, but also for the mechanics, for Toro Rosso, for our junior team”.

However, there’s one Red Bull driver who isn’t running an Arai helmet this year,and is therefore negatively affecting the aero of his car – albeit in a very, very small and surely almost insignificant way: Max Verstappen.

For 2019, the FIA has mandated the use of a new, safer helmet construction. Arai only managed to get one of its sizes homologated in time for the start of the season. Verstappen tried it during testing, but found it to be too small and uncomfortable (no jokes about Max having a big head, please!) so has had to switch to rival manufacturer Schuberth for this season. Marko continued:

“Verstappen had problems with the Arai helmet. It didn’t fit and he didn’t see properly. He felt extremely uncomfortable. If a driver feels uncomfortable with his helmet, it’s not wise to force something on him. At the time we had to decide, it wasn’t clear whether Arai would manage the homologation. So we made that decision.”

If any team was going to take something so seemingly insignificant as the helmet manufacturer into consideration when designing its car then you just knew it would be Red Bull.

For other teams, drivers using different helmet manufacturers doesn’t seem to be an issue – at Ferrari, Sebastian Vettel uses an Arai helmet while Charles Leclerc uses Bell, Lewis Hamilton and Valtteri Bottas use Bell and Stilo, and Daniel Ricciardo and Nico Hulkenberg use Arai and Schuberth. And funnily enough, despite Marko’s claim that all Red Bull-affiliated drivers use Arai, Alex Albon is using a Bell helmet this year. Perhaps he had the same issue as Verstappen… 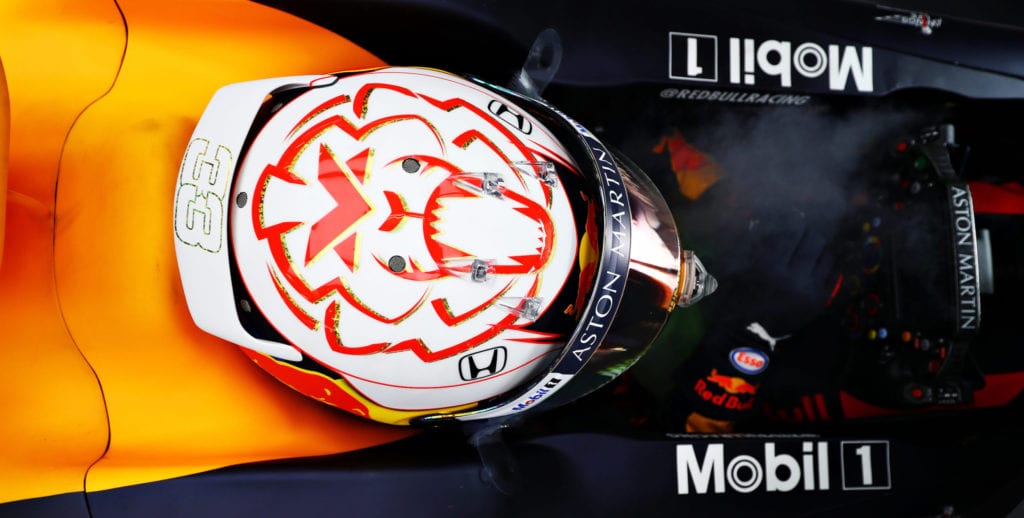