Red Bull Has Asked The FIA For Clarification On The Legality Of Mercedes’ DAS – WTF1
Skip to content
×
Formula 1 , News

Mercedes’ DAS caused some controversy at the start of the season. Although it’s been banned for 2021, the team insists that for this season the whole thing is above board.

Other teams aren’t quite so sure, though. When it emerged that Mercedes was indeed running the system on its cars this weekend, it was surely only a matter of time before it all kicked off. Speaking on Sky Sports F1 during FP1, Christian Horner mentioned that his team would seek ‘clarification’ from the FIA over the legality of DAS:

“Obviously it’s a complicated system, it’s a clever system. We’re after some clarifications from the FIA, and start raising some questions about it.”

Requesting a technical clarification is a relatively minor thing, but it may give teams insight into whether it’s worth escalating the situation into an official protest… or whether it gives them the green light to introduce a DAS of their own.

Indeed, when asked about that by Crofty during FP1, Horner hinted that Red Bull may have developed its own system which could be introduced to the RB16 once the legality is confirmed.

“It depends what it actually does and achieves. Everything has to earn its place on the car. It’s a clever system, it’s an ingenious system. But these rules are so complex it’s just understanding which part of the regulations it fits.”

Mercedes fitted the device to its cars during FP1; whether or not it remains on the car throughout the weekend is another matter. 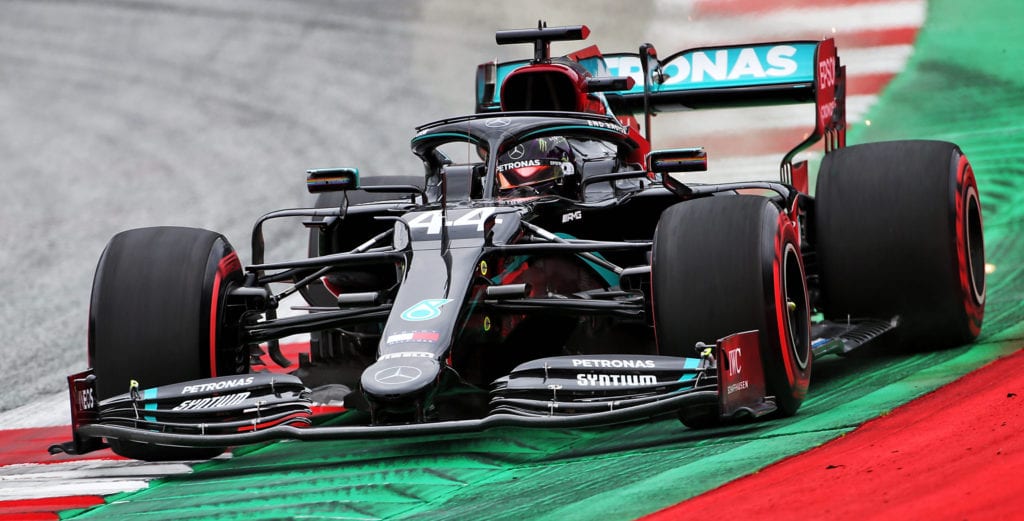