Red Bull Has Given Ricciardo A Deadline To Decide Who He’s Driving For Next Year – WTF1
Skip to content
×
Formula 1 , News

The days of putting in backmarker mileage for HRT seem like a very long time ago, but the younger Ricciardo might have hoped to find himself in a position similar to the one he finds himself in today.

The Aussie is in demand, dubbed as a champion in waiting for some time, and where he’ll drive next year is perhaps the key move of this year’s ‘silly season’. His current team Red Bull has given him until August to make his decision – stick at Red Bull, or twist at Ferrari (or possibly even Mercedes). Christian Horner told Auto Motor und Sport:

“We do not want to wait forever, we have other good options. There should be a decision by the summer break at the latest. Our priority is to continue working with Daniel, if that does not work, we’ll pull the other options. The most obvious is Carlos Sainz. He is under contract with us. And then there are a few young drivers.”

Though he’s believed to be in talks with Ferrari, Ricciardo has previously suggested that he’d stay with Red Bull if it can prove it’s a genuine title contender once more. The team essentially has until August to convince him and the only way to do that will surely come in the form of more victories. Strategy and some good old Aussie grit played a big part in Ricciardo’s win in China but matching Mercedes and Ferrari at other tracks could prove difficult.

One potential sticking point could be the contract length. Any team would want to nail him down for several years, but Ricciardo has said that he isn’t after a long-term contract and wants to have options to do something else in a couple of years once the new regulations come into play.

Whatever happens, Ricciardo is used to being in a team which allows him to fight his teammate on equal footing. Would Ferrari and Sebastian Vettel accommodate this? The German has earned his number one status at the Scuderia and it would be fascinating to see how the team dynamics change should Ricciardo turn red. This is a driver that beat the four-time champion at Red Bull and he won’t be making the switch to happily play second fiddle, Kimi Raikkonen-style. 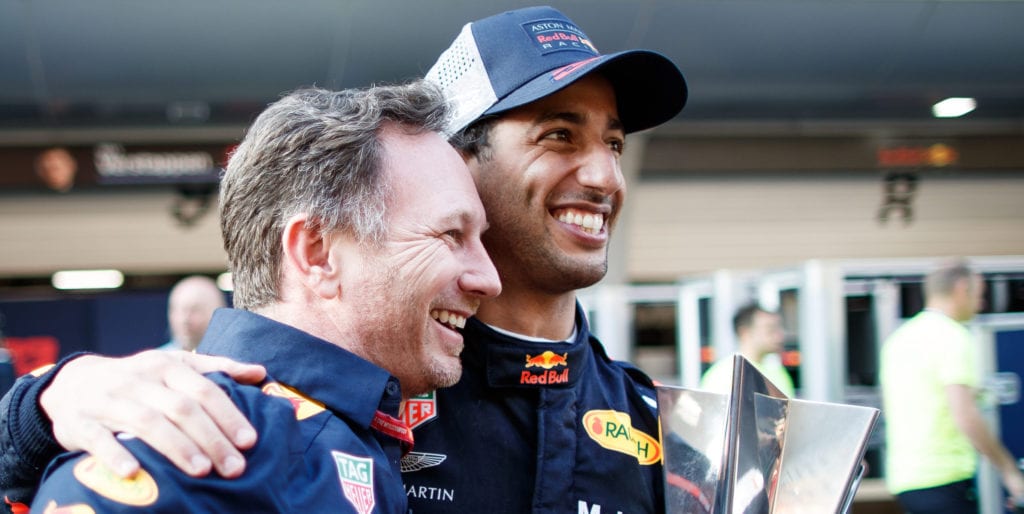