The gulf between Gasly and Max Verstappen was highly evident in the Austrian Grand Prix. A poor start for Verstappen from second on the grid left him side-by-side with Gasly – starting in eighth – coming out of the first turn. But 71 laps later, Verstappen had charged through the top order to take an outstanding victory and lapped the lagging Gasly too.

The rest of the season hasn’t looked particularly rosy for the Frenchman either. Gasly is the only driver in the field to fail to finish ahead of his teammate in the first nine races, and has just over a third of Verstappen’s 126 points. The only solace is the one time he has outqualified Verstappen, in Canada.

Red Bull has a reputation for chewing up and spitting out drivers who cannot recover their best form, but Horner told Motorsport.com that Gasly is safe and has the full backing of the team.

“There is no intention to change Pierre. He is our driver, we are going to work with him and try to get the best out of him. He is having a tough time at the moment but we will do our best to support him through it.”

Horner sympathised with Gasly by stating that Verstappen’s heroics have made Gasly’s task harder, and that Red Bull has always believed he has had the requisite pace to drive for the team. He says that Gasly effectively needs a mental reboot in order to have a brighter second half of the season, as Red Bull looks to close the gap to Mercedes and Ferrari in a promising first year with Honda power.

“I think Pierre is having a tough time at the moment and we are doing our very best to support him. I think he just needs a reset. We know what he is capable of, and I think that we have just somehow got to go ‘Ctrl+Alt+Del’ in his head and start again. He is a quick driver and I think the problem he has got is that Max is delivering every week and that puts more pressure obviously on him to perform. But we are sticking behind him, we still believe in him and we will give him all the support we can to try to nurture the talent that we know he has.”

Daniil Kvyat has been tipped with a return to the side he was so unceremoniously dropped from three years ago, in favour of Verstappen, after a strong return to a full Formula 1 seat with Toro Rosso. His teammate Alexander Albon has also grasped his chance in F1, but you’d think that Red Bull will be keen to avoid a repeat of Gasly and rushing a driver into the top seat. 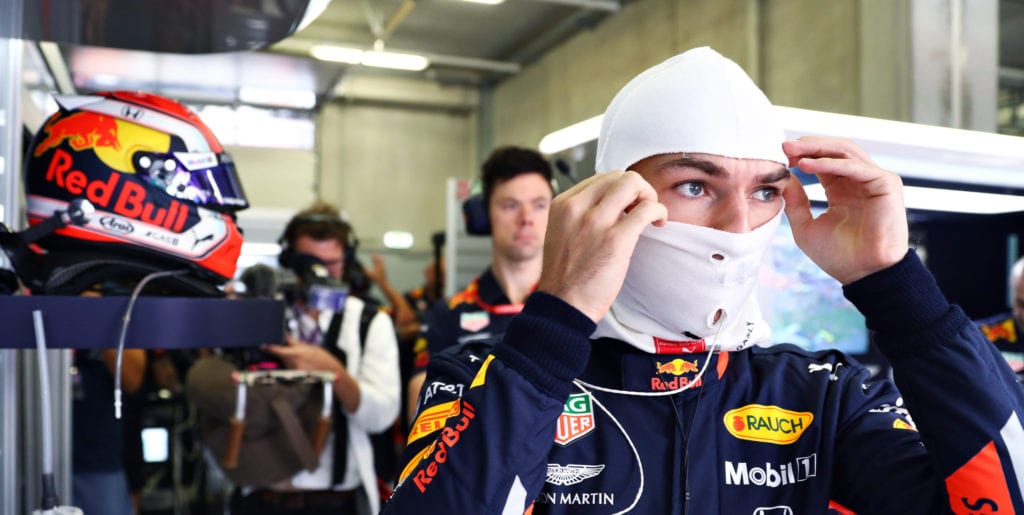