Red Bull Is Going Back To An Older Power Unit For The Next Race – WTF1
Skip to content
×
Formula 1 , News

Red Bull will be reverting back to the older Spec B Renault power unit for the upcoming Russian Grand Prix after several issues were found on the Spec C throughout the Singapore weekend. Max Verstappen suffered mapping issues all through qualifying, causing unexpected drops into false neutral whenever he was off the throttle. This also plagued him slightly during the race, particularly when exiting the pits and at low speed behind the safety car after the early Force India collision. Christian Horner told Autosport:

“The likelihood is, we’ll be using the B-spec engine at the next grand prix. We’ll have to look at it in the run-up to Sochi, but unfortunately it looks like we may incur some penalties.”

Horner went on to add some deeper insight into the problem, citing the ambient conditions of the Singapore climate as a problem for unexpected torque delivery, that in turn forces the gearbox out of sync, which then causes the gearbox to go into false neutral as a failsafe to protect the hardware. Basically, the power unit sounds like it had a bit of a mind of its own in Singapore.

These potential changes on both cars could lead to a penalty for the race in Sochi and it has been a thematic source of frustration for the team all year. Consider that Singapore was the first time both Red Bull’s finished since the French GP six races prior – that’s not title-contending form, despite the chassis of the RB14 proving to be up there with the Ferrari and Mercedes cars through many sectors throughout the year so far.

A reversion to the Spec B should provide a bit more stability, but less overall performance. The team will be hoping for another win before the end of the season and the high altitudes of Mexico could be the most likely target, especially given last year’s victory. For now, it unfortunately looks like a case of penalties and damage limitation for Sochi. 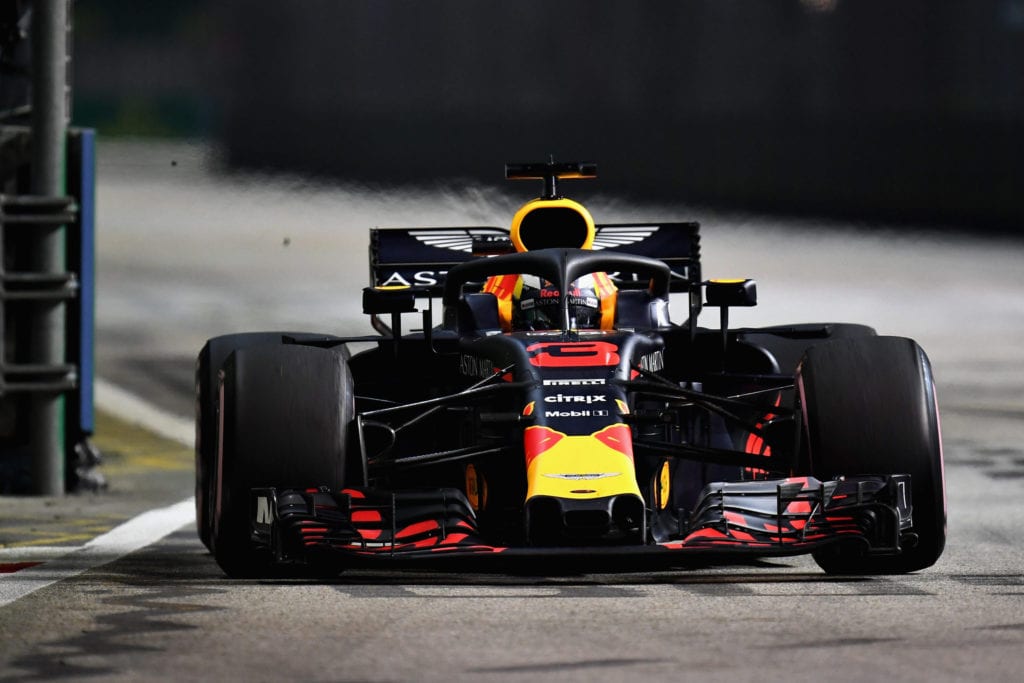