Throughout Friday practice, Christian Horner regularly suggested that the team was going to take some sort of action against Mercedes for the use of the device, which is seen as something of a grey area. Aside from the fact that DAS alters the toe angle of the front wheels, the exact benefits it brings are still somewhat unknown.

Mercedes dominated practice, finishing one-two in both Friday sessions and more than six-tenths faster than anyone else. That’s not all going to be down to DAS and you certainly can’t judge a team’s pace based on a couple of practice sessions, but being so quick wasn’t going to help dissuade Red Bull from protesting, and Mercedes certainly wouldn’t have it on the car if it wasn’t a benefit.

“No adjustment may be made to any suspension system while the car is in motion.”

Mercedes has always insisted that the system is legal but Red Bull clearly feels otherwise. In a way, Red Bull has actually been quite kind in protesting on Friday. If found to be illegal, Mercedes can simply remove DAS for the rest of the weekend – a hindrance, sure, but it still gives the team the chance to compete (and given the pace advantage in practice, probably still be a favourite for victory). However, if Red Bull had waited until after the race to protest and it was found to be illegal, then the result would likely be a race disqualification for Mercedes.

If the system is deemed legal, then Red Bull has hinted that it has its own version of DAS ready to be applied to the RB16.

Mercedes has been told to report to the stewards to this evening. 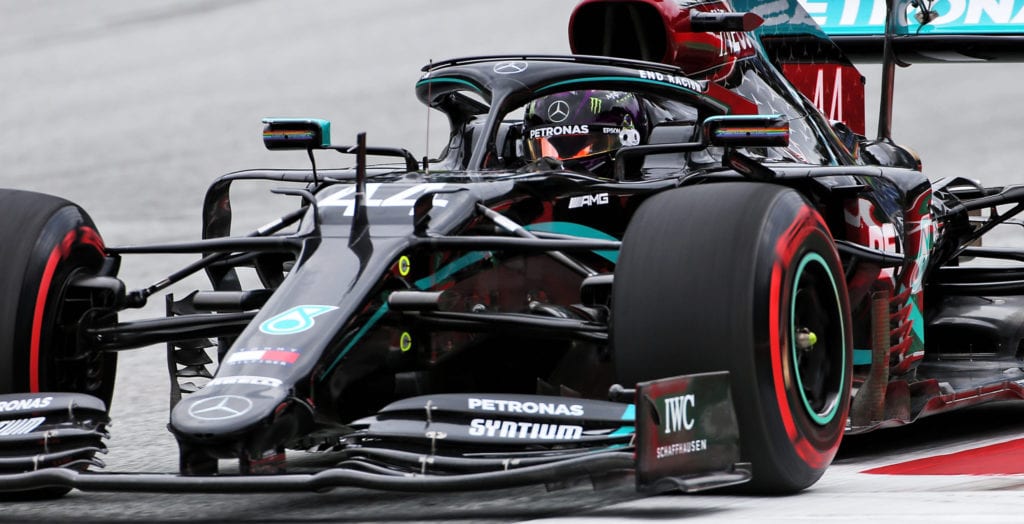