Here are five of the top statistics from the 2021 United States Grand Prix!

Despite coming under pressure in the closing stages, Max Verstappen recorded his eighth win of the 2021 season at the United States Grand Prix, taking Red Bull’s first victory at Circuit of The Americas since 2013. The win was also the first for a Honda-powered car in the United States since Ayrton Senna’s win at Phoenix in 1991.

P1 🔥 We did it 🤘 Great job guys, @redbullracing and @HondaRacingF1, really really good 💪 And you fans, thanks for all the support, just amazing 🙌 #USGP 🇺🇸 pic.twitter.com/B6lBH2fG4y

In addition to his win, Verstappen was also awarded Driver of the Day.

Since the award was introduced in 2016, Verstappen has been voted DOTD at four of the five races held at COTA. The only one at which he didn’t win the accolade was in 2019 when his teammate Alex Albon took the honours!

With Sergio Perez also finishing in the top three, Red Bull became the fifth team to record 200 podium finishes in F1. Ferrari, McLaren, Williams and Mercedes are the only other teams to have reached the milestone. 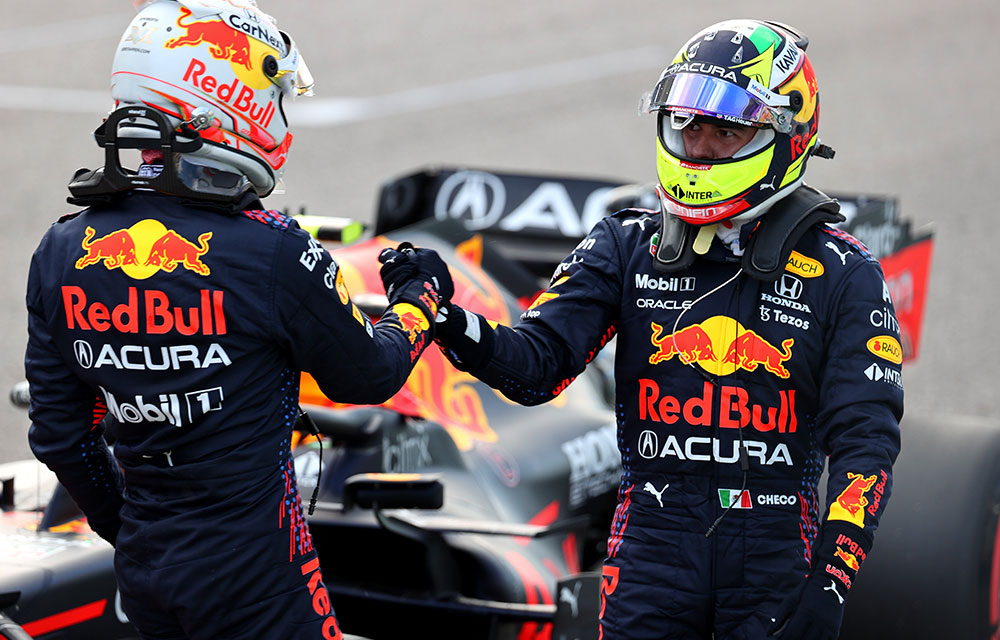 Ferrari was the first team to do so at the 1975 Dutch Grand Prix, while Mercedes were the last team to achieve the feat before Red Bull at the 2019 Belgian Grand Prix.

It was a good day for Ferrari at the United States Grand Prix. With Charles Leclerc finishing fourth and Carlos Sainz seventh, the Scuderia closed to just 3.5 points behind McLaren in the tight battle for third in the Constructors’ Championship. 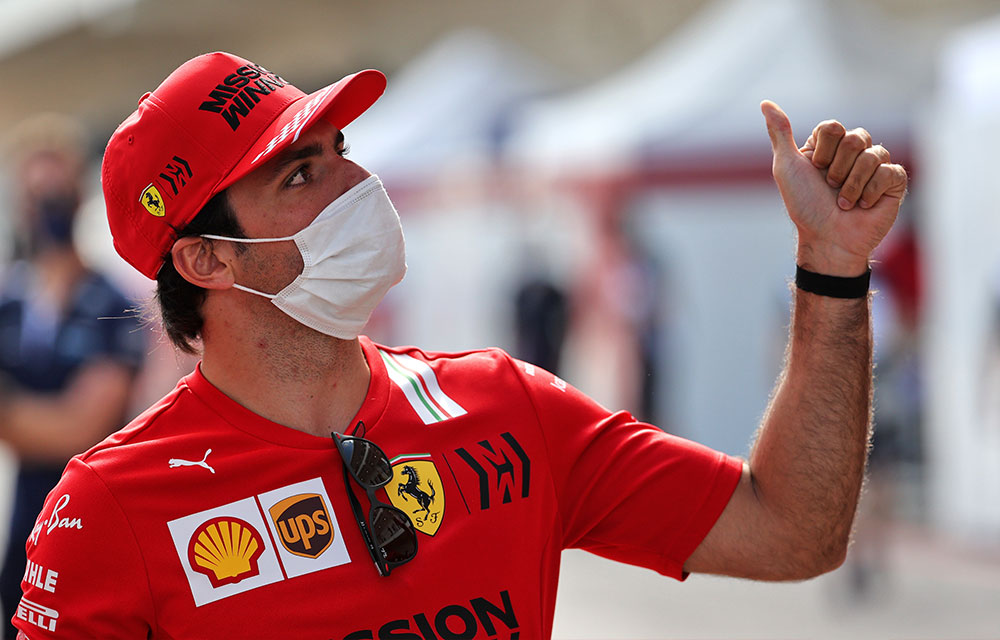 Sainz scored for a tenth consecutive race – a new personal best for his longest points scoring streak in F1. He’s also never failed to score at COTA, with this being his fourth seventh-place finish from his six appearances at the track.

The 52nd lap of the 2021 United States Grand Prix was the 500th racing lap to take place at the circuit in F1. With 504 laps now completed at the track, Lewis Hamilton is the only driver to have never missed a lap at the track! 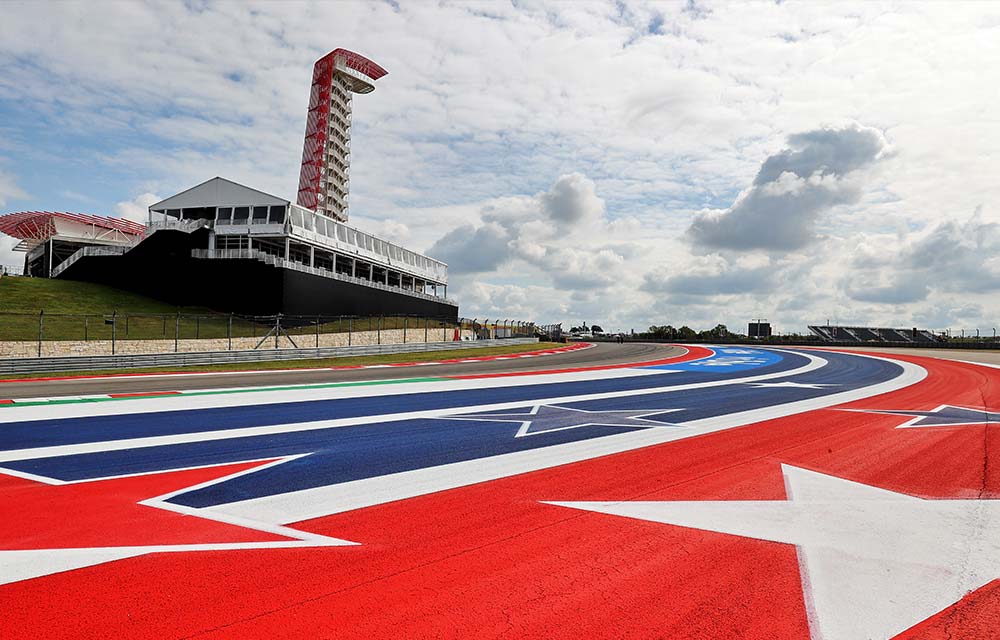 Despite not winning, Hamilton’s impressive Texas form continued this weekend, as he picked up his eighth top-three result at the track. The 2013 United States Grand Prix is the only race at the circuit in which Hamilton has not finished on the podium. COTA is the eleventh different circuit at which Hamilton has taken eight or more podiums.

FIRST DOUBLE DNF FOR ALPINE SINCE 2019

It was not a good day for Alpine, with both Esteban Ocon and Fernando Alonso failing to reach the chequered flag. While this was Ocon’s third retirement of the year, it was Alonso’s first since the season-opening Bahrain Grand Prix. Alonso has retired on all of his last three appearances at the United States Grand Prix.

This was the first race at which both of the Enstone team’s cars have retired since the team was under its Renault guise at the 2019 German Grand Prix when both Nico Hulkenberg and Daniel Ricciardo failed to finish.

It’s the third time that a team have seen both of their cars retire at COTA. Both Force India drivers retired from the race in 2014, while both Williams cars were out in 2015.

Did you spot any more interesting facts and stats from the United States Grand Prix? Leave a comment below! 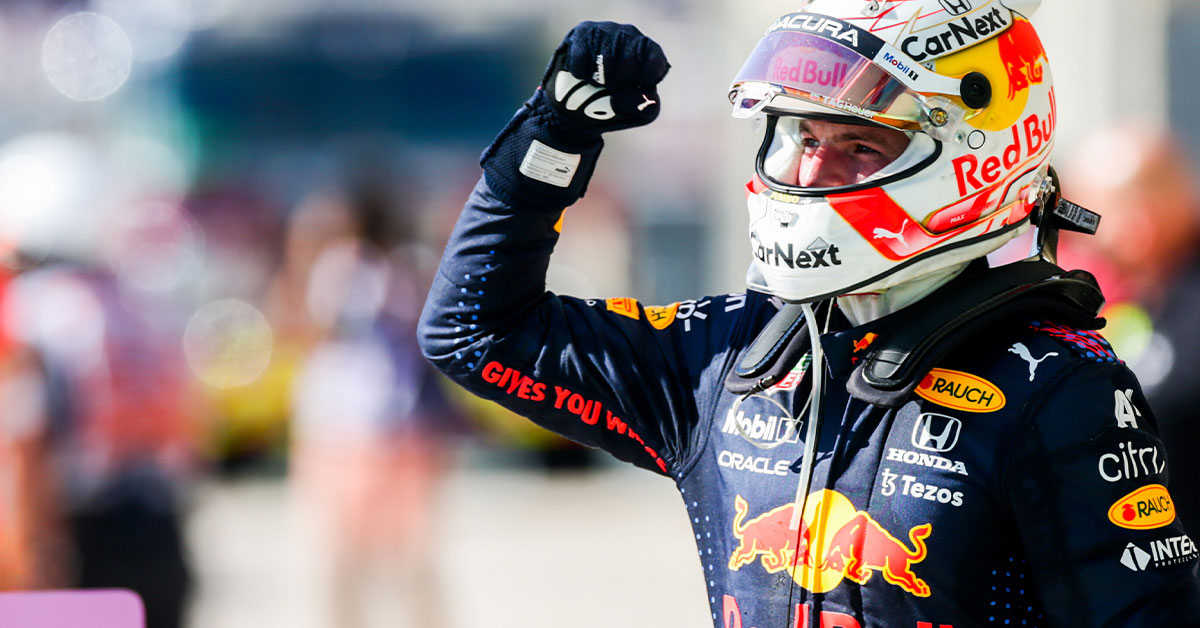