Red Bull Refuses To Blame Either Driver For Their Baku Crash

If you were expecting fireworks between the Red Bull drivers and the team following their controversial collision, you’re going to be disappointed. The team has taken a neutral approach and refusing to place blame on either driver, and Max and Daniel themselves are also being diplomatic about the whole affair.

Helmut Marko said that both drivers were to blame as the team took to Twitter to try and crush any speculation that they might be wanting to punish one driver harder than the other.

There are no Team orders here, but you've got to keep it clean. No blame on either driver, both race hard and want to win.

An #AzerbaijanGP to forget for us today… but both drivers' have apologised and we all move on to Spain! 💪 pic.twitter.com/K1G5dftOJ0

Well, that’s not very exciting, is it? In all truth, it’s probably the best thing to do as opinion seems to be split on who was at fault for the accident, which makes you wonder if it really was just a simple racing incident. After all, there doesn’t always have to be someone to blame.

The drivers were similarly diplomatic. Max said he was ultimately sad that the incident cost the team:

Of course you’re not happy when you collide together as team mates but we are very fair to each other so we spoke immediately after.”

He also said that he hoped the crash doesn’t mean Red Bull start to impose team orders. We hope so too because their battles before the collision were awesome to watch.

A “heartbroken” Ricciardo echoed Max’s feelings and said that once he’d committed to the move he couldn’t have pulled out of it.

“The thing is once I’ve come out, I thought the gap was opening up on the inside, and then once I was there I had to commit to that.

“I’m thankful we’re allowed to race, especially myself and Max we love to race as we show, so that’s cool. We did get close a few times in the race, already touching. Sometimes we were on the limit and unfortunately it’s ended how it did. It’s not a nice situation. I think we both look pretty bad that it ended like that and for the team it’s pretty crappy.”

Red Bull might not be blaming either driver, but the stewards are investigating the incident – and they might want to… 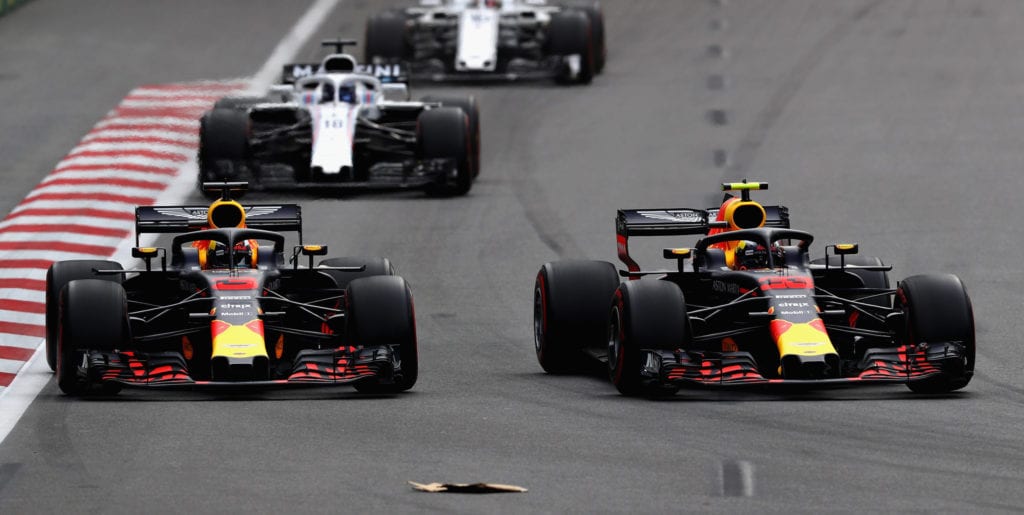