It seems weird to describe someone who’s only 25-years-old as a legend, but that’s exactly what Marquez is. He’s won the championship in four of the five seasons he’s competed in MotoGP (he’s leading the title this year, too) and is well on course to smash all sorts of records.

But following a test at the Red Bull Ring in an old Red Bull (which was decked out in a Toro Rosso livery because of the fact Marquez rides for Honda, even though the car still has a Renault engine) Marko has said that he was very impressed by Marquez’s skills – and it takes a lot to impress Helmut Marko.

The times themselves are largely irrelevant, but Marko told media at the circuit that the rate at which Marquez was improving shows that he’d be good enough to make the switch to four wheels:

“Marc started at 1m21 and got down to 1m14. He is an exception in the MotoGP and it looks similar here at the Formula 1. I am happy that he gets along so quickly. A slower program was intended in the first case but I said Marc can do this instantly – and he confirmed that.

“I think he made a progress that would have left him at least in the midfield in Formula 1. To put that kind of performance in within such a short time says everything about his huge talent. “In the coming years he is going to break a lot more records in MotoGP. Maybe after that, Formula 1 will actually be a possibility.

“Up to now only a few exceptional talents, such as John Surtees, have managed to compete in both racing series. Marc also has what it takes. Today definitely wasn’t the last time he will sit in a Formula 1 car.”

What’s extra impressive is that this wasn’t just Marquez’s first time in an F1 car, but in a race car of any kind.

It’s far from uncommon for top-level bike racers to test out F1 machinery. Marquez’s Honda teammate Dani Pedrosa also had a drive, Jorge Lorenzo took a Mercedes for a spin a couple of years ago, Valentino Rossi had multiple outings with Ferrari in the late 2000s and seriously considered making the switch, and in 1998 Mick Doohan tested (and crashed) a Williams.

Would Marquez ever seriously entertain the idea of a career change, though? Following his test he said:

“My complete focus in the coming years will remain on MotoGP. I’m part of a fantastic team, and I feel fully motivated – who knows though, maybe Formula 1 will be a serious idea for me in a few years’ time!” 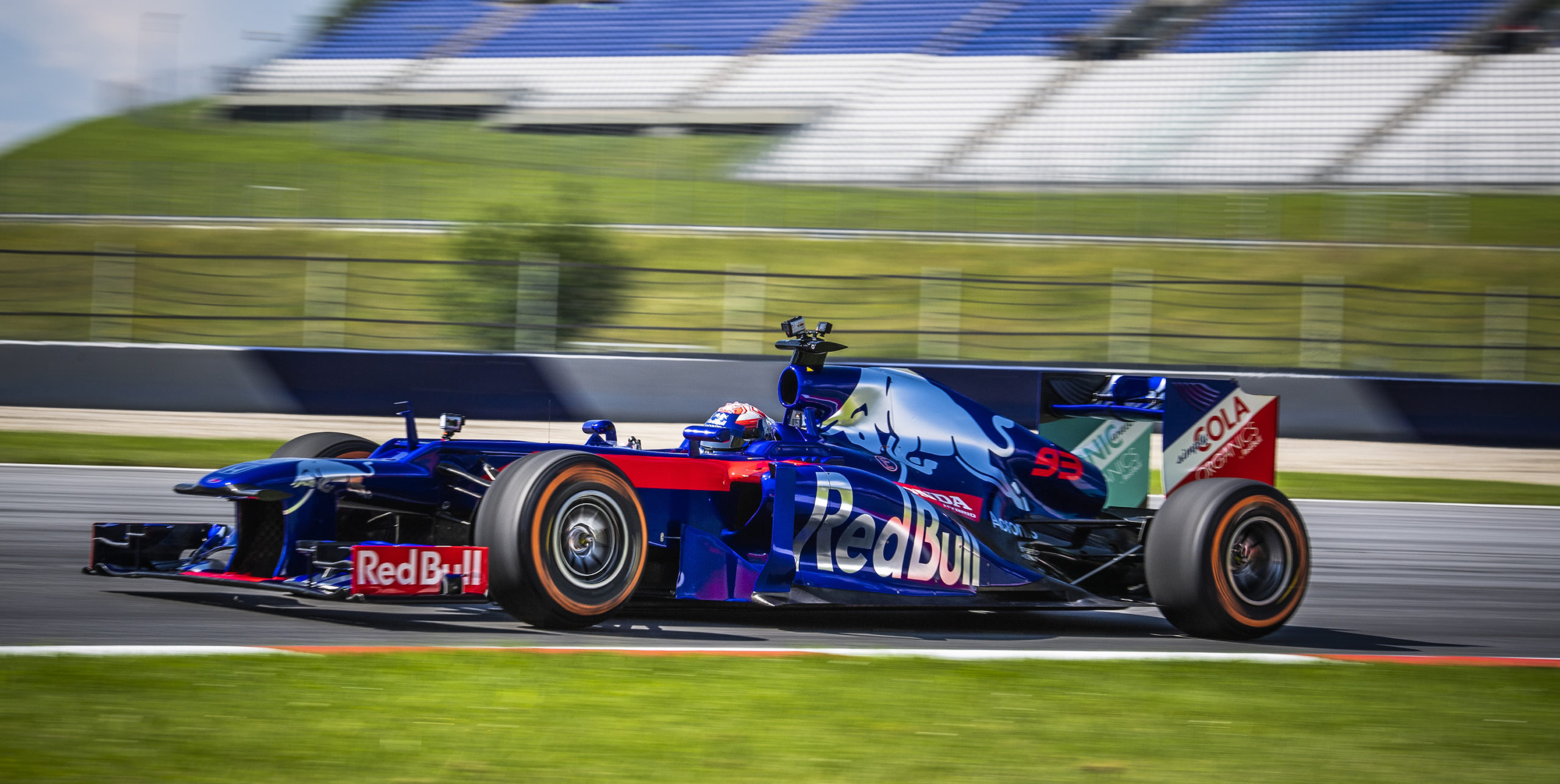