Red Bull Thinks Teams Should Have To Use The Same Engine Mode For Qualifying And The Race – WTF1
Skip to content
×
Formula 1 , News

Lewis Hamilton’s epic pole lap in Australia certainly set tongues wagging again about Mercedes’ apparent ability to crank its engine up in qualifying to give the team a huge boost in performance.

It’s not the only reason the team is quick, but Horner feels it makes enough of a difference that the rules should be changed. He wants engine modes to be included in the parc ferme regulations, which come into effect once qualifying begins and prevent certain changes being made to the cars. He said:

“Like you have parc ferme when the cars leave for qualifying, maybe engine modes should be the same from the moment you leave the garage to the end of the grand prix. Lewis’ time came predominantly between Q2 and Q3. They have a qualy mode that they don’t need to use in the earlier parts of qualifying, because why stress the engine?”

Although Renault seems to have improved its engines dramatically this year, in qualifying all of the Renault-powered cars were down towards the bottom of the speed traps, behind even the Toro Rosso-Hondas. The French manufacturer has decided to focus on reliability over ultimate power for the start of this season, although there is apparently some special quali modes in the pipeline. In the meantime, however, Horner seems to have decided that it’d be easier to lobby for rules which hold Mercedes and Ferrari back rather than holding out hopes for developments which may never come.

Despite his issues with how things panned out in qualifying, Horner is pretty confident about the speed the RB14 showed, with Daniel Ricciardo able to set the fastest lap.

“I think we have a quick race car, it’s just unfortunate on this track not to be able to use it. Taking the positives out of the weekend, it’s the first time in the hybrid era we have got two cars to the finish [in the first race]. We got the fastest lap of the race, and that wasn’t through putting a set of ultrasofts on – it was genuine pace. I think we have a quick race car. The negative for us is still the deficit in qualifying. The party mode, we’d like to go to Lewis’ party.”

Ahh yes, ‘party mode’. Mercedes have been playing it down, others have been bigging it up, but in qualifying and the race, the Ferraris showed consistently higher straight-line speed. Does that mean Mercedes’ quali modes aren’t as effective as Horner and others are suggesting? Well, not quite.

Being able to deploy extra power doesn’t necessarily mean Mercedes will suddenly be faster on the straights. Having it available means the team can run slightly higher downforce than otherwise because the extra power helps to neutralise the extra drag. Therefore the car can corner faster without the disadvantage of losing out too much on top speed.

It’d certainly be interesting if drivers were forced to use the same engine mode for qualifying and the race. Would you like to see efforts made to make things closer, or does Mercedes deserve to enjoy the benefits of having developed a superior power unit? Let us know in the comments. 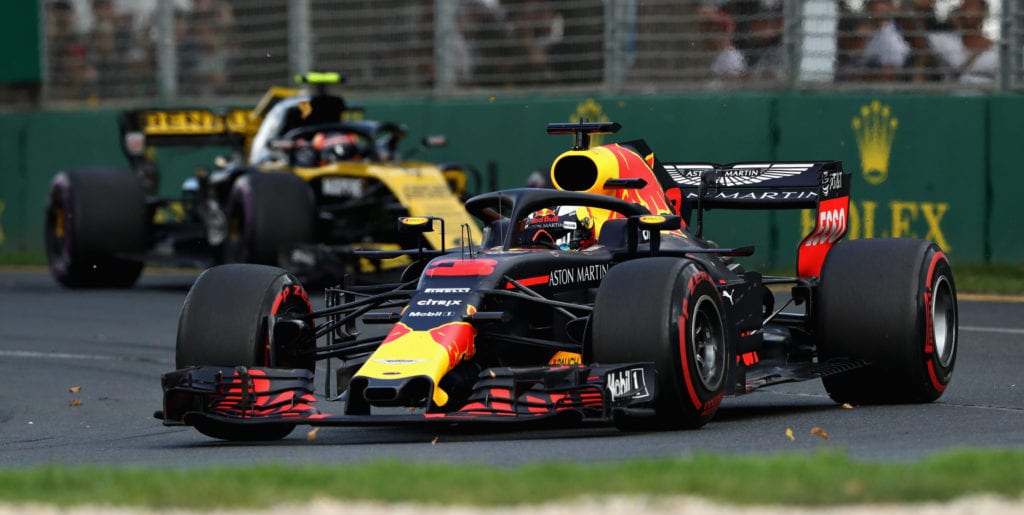