Red Bull Won’t Decide On Its 2019 Engine Supplier Until The End Of Summer – WTF1
Skip to content
×
Formula 1 , News

One of the stories of last year was whether Fernando Alonso would stay at McLaren and exactly when he’d make the decision. He kept on dragging it out, and it looks like the ‘will they, won’t they’ story for 2018 is going to be all about whether or not Red Bull decides to stick with Renault engines in for next year.

Red Bull has never hesitated to say that the Renau- sorry, ‘Tag Heuer’ engines aren’t good enough (even during the successful years) and it seems that Renault couldn’t care less about whether it supplies the team in the future. Renault boss Cyril Abiteboul says he expects Red Bull to make a commitment one way or the other by May, but Christian Horner seems to think he has a bit longer to decide. He told El Confidential:

“What we understand is that May is when you have to give an indication to the FIA, but that does not mean a commitment. It will be decided at the end of the summer. That’s the realistic timing of when the decisions have to be made.”

What engine could Red Bull switch to? Well, if rumours are to be believed Aston Martin wants to build an F1 engine, but that’s not going to happen until the new engine regs in 2021. The obvious option in the meantime is to match what junior team Toro Rosso is doing and go with Honda power units, assuming the Japanese manufacturer has a decent 2018.
Horner admitted he’s keeping a close eye on what’s going on and liked the way things went in testing:

“Honda has had a fantastic start with Toro Rosso. Obviously, we’re in a good position to keep an eye on their progress in the first half of the year. We’re going to follow it with great interest.”

Red Bull-Honda does have a certain ring to it. Also, with Renault’s own F1 team on the ascendancy and McLaren to compete with as a customer, going in a different direction for a couple of years could be a gamble worth taking. 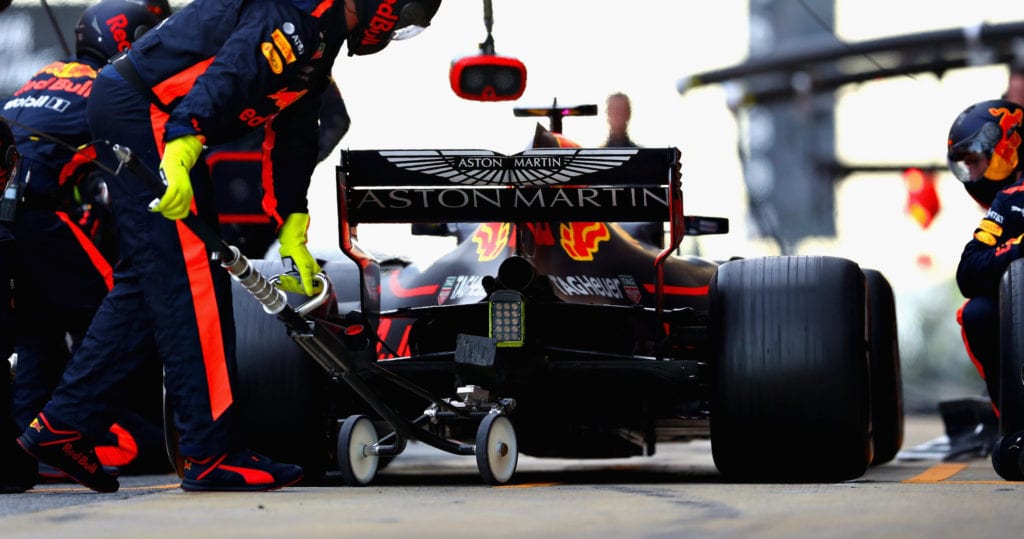