Ferrari ended eight days of pre-season F1 testing at the top of the timesheets with Kimi Raikkonen’s 1:18.634 on the final day.

But the previous day of running saw his team-mate Sebastian Vettel easing off the throttle and backing off on the run to the finish line. Honestly…

Vettel slowing down on his quickest laps appeared to be Ferrari trying to hide the true pace of the SF70H, as you don’t see that very often.

It was all downplayed but Marko seems genuinely concerned by the tactics and the potential pace of Ferrari’s 2017 racer.

“Ferrari is very strong and reliable as well. That’s the difference to last year. What worries me somewhat is I know Vettel very well. He provocatively lifted on his fastest lap on the start and finish straight. Everybody could tell. And if you do something like this, then your self-confidence and the knowledge about having a lot more in the car is huge.”

Judging a possible pecking order is always impossible during and after winter testing, it’s all in the fuel loads, engine maps and set-ups. Marko agrees:

“Nobody has shown his cards property. If you carry 10kg more fuel, you gain about 0.35 seconds. Furthermore, engine mappings differ. This can gain you up to one second – or it doesn’t. A lot has been kept in the dark. But if the [first] race would have taken place with the same kind of temperatures we had [in testing] then Ferrari would be in front, for sure.”

Marko also hinted that some big upgrades will be coming to the Red Bull for the upcoming Australian Grand Prix. As if we weren’t expecting that already… 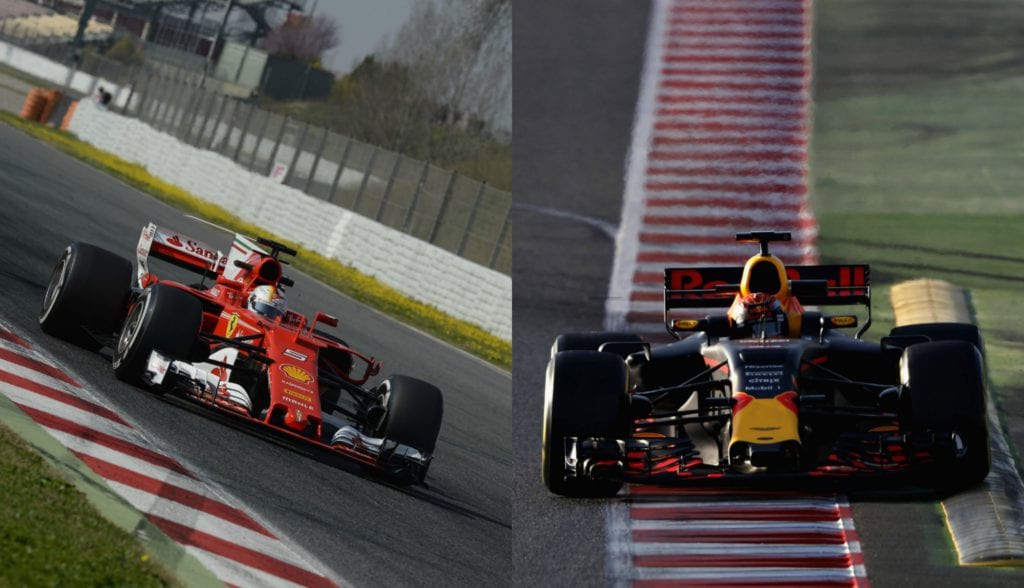