That Time When Hamilton Beached His McLaren In The Pit Entry Gravel – WTF1
Skip to content
×
Formula 1 , Retro

Lewis Hamilton’s debut F1 season and the 2007 title fight were shaped by one moment – the British driver sliding his McLaren into the gravel as he entered the pits in Shanghai.

Hamilton’s gravel trap incident at the Chinese Grand Prix is now 10 years old. But it seems like just yesterday his race fell apart, doesn’t it?

The race began in slippery, wet conditions so intermediates were the tyre of choice. Hamilton led the way but McLaren kept him out as the track dried and his tyres picked up heavy wear.

Having lost the lead to Kimi Raikkonen after sliding wide, McLaren decided to finally pit him for fresh tyres but his intermediates were worn down to the canvas and he had no grip at all.

Hamilton tried to tackle the tight, slippery left-hand turn at pit entry, but slithered into the gravel trap and beached his car.

Game over, race win gone and championship lead slashed with one race to go. We all know how that turned out… 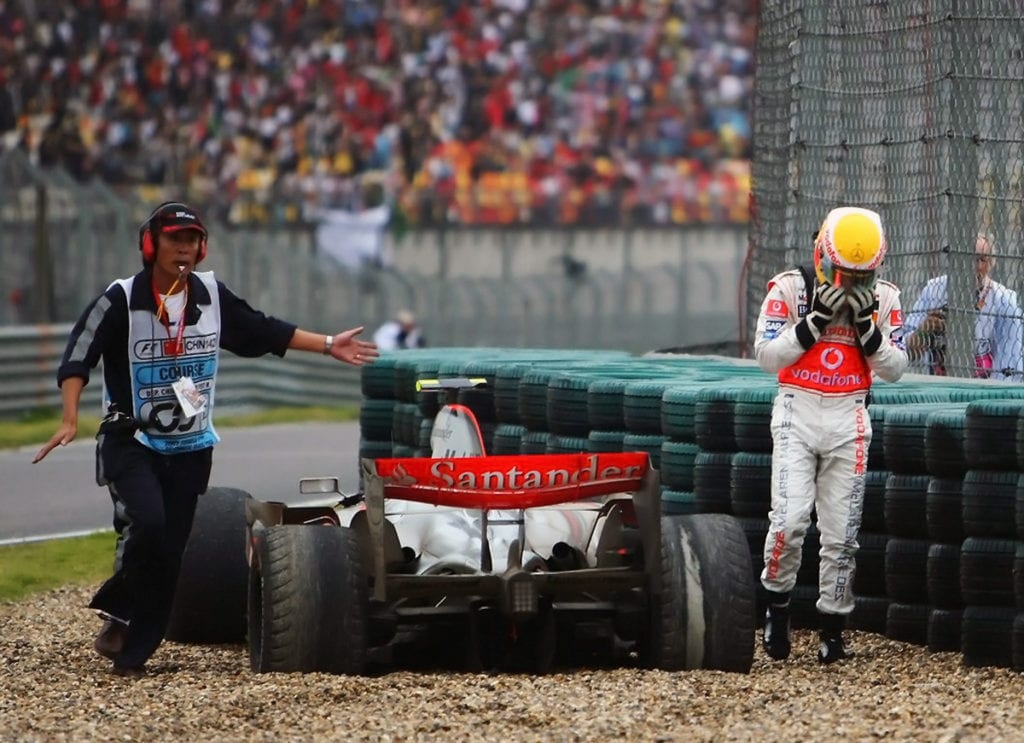