For a driver to go from making their motor racing debut to reaching Formula 1 in under four years would suggest that they’re incredibly talented. But that wasn’t the case for businessman Chanoch Nissany, who made his motor racing debut in 2002 at the age of 38.

After some success in that hotbed of Formula 1 talent, the Formula 2000 Hungarian National Championship, he decided to have a crack at some international events, where his sponsorship proved attractive for struggling teams. After some runs in F3000 machinery, he managed to snag a test for Jordan at Silverstone in 2004, where he finished with a lap time over 18 seconds off of the fastest set by Kimi Raikkonen.

He did a few F3000 races later that year (where he was again several seconds off the pace) and another test for Jordan. In early 2005 he was then signed as an official tester for Minardi. In one particular test at Misano, he spun five times in six laps, causing two red flags. But hey, at least he was helping to keep the team afloat.

After several more tests with the team, he and his sponsor managed to convince Minardi boss Paul Stoddart to let him drive the PS05 in FP1 at the Hungarian Grand Prix that year. It would fall on his 42nd birthday and thought it’d be a great PR opportunity to be the first Israeli driver to compete in a grand prix weekend. Stoddart agreed, and so Nissany ended up taking part in the first practice session. His run went… well, predictably badly.

A few laps into his stint Nissany came on the radio to say he was coming in because there was a problem with his car – it had too much grip. Too much grip! That’s surely the only time in history where a driver has seen that as a bad thing. He went back out on track and eventually spun off. Apparently, he couldn’t remember how to remove the steering wheel, so he stayed sat in the car as he was craned off.

In the eight laps he completed, his best lap time was almost 13 seconds off the fastest time set by Alex Wurz’s McLaren. After a couple more private tests with the team that year he disappeared from the international stage, much to the relief of other drivers. Nick Heidfeld summed it up for everybody, saying:

“Someone that is as slow as Nissany shouldn’t be in a Formula 1 car. He is a big risk out there and he can be a danger to the others.”

But hey, not many people get to even drive a Formula 1 car, let alone take part in an actual session during an actual grand prix weekend. It’s easy to laugh at Nissany but let’s be honest – if you had the opportunity to do what he did, would you really say no out of a fear that you might be a bit slow?

Chanoch Nissany got to realise a dream that millions of us have had. And what’s not to admire about that? 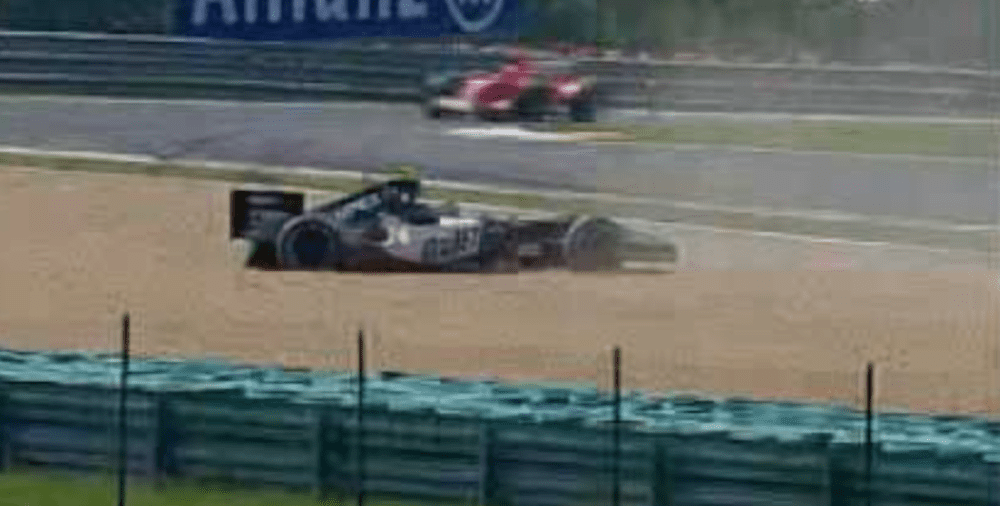