The ‘Pink Mercedes’ has drawn plenty of attention this year for its resemblance to last year’s championship-winning Mercedes W10. The team’s midfield rivals have seemed uneasy about the concept of what looks like a straight-up copy, but Racing Point has insisted that although the car is inspired by the Mercedes, the team has done nothing illegal.

Renault apparently believes otherwise. Following today’s race, the team launched a protest against Racing Point for an “alleged breach of Article 2.1, 3.2, Appendix 6 Paragraph 1, 2(a) and 2(c) of the FIA Formula One Sporting Regulations 2020 during the race.”

c) In the case of the Outsourcing of design, such third party shall not be a competitor or a party that directly or indirectly designs Listed Parts for any competitor.

Basically, certain parts of an F1 car (such as aerodynamic parts) are considered ‘listed parts’, which means that teams must build and design them themselves. There’s also a selection of ‘non-listed’ parts, which includes things like gearboxes and brake discs, which teams are allowed to outsource or buy from rivals.

Racing Point’s performance gained serious attention this weekend. The car were rapid in practice and while they struggled to build tyre temperature during the wet qualifying session, the race was a different story – at one point, Sergio Perez was the fastest car on the track. 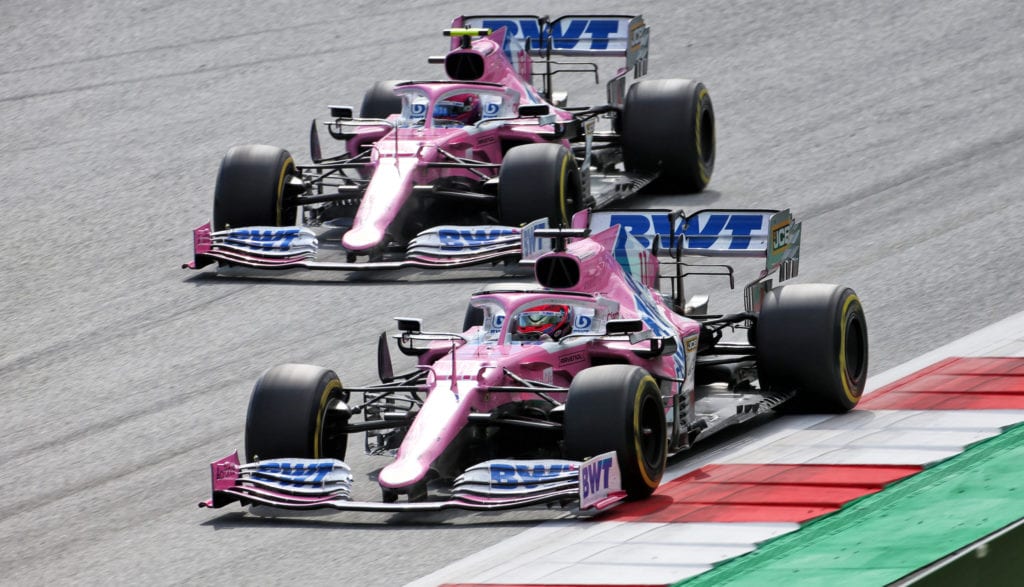