Renault Has Teased An All-Black Livery Which Suspiciously Hides The Front Of The Car – WTF1
Skip to content
×
Formula 1 , News

Whether or not the actual race livery will be black is another matter, because Renault has done this before. The 2016 R.S.16 was decked out in black for testing, but the familiar Renault yellow had returned by the time of the first race. Chances are the same thing is happening again.

But although an all-black livery would look absolutely ace, it isn’t necessarily the most interesting thing about the images.

Renault has been a bit cagey with its launch and only revealed some close-up renders of the car. What’s interesting isn’t necessarily what is shown, but rather what isn’t shown.

None of them show a good view of the front of the car. Just what are they hiding there? Some kind of extreme nose? Aa radical front wing design? The second coming of the walrus nose? Or perhaps nothing is interesting about the front at all and the team has merely hidden it to get people talking.

Given that this is the team (when it was known as Lotus, anyway) that gave us the twin-pronged nose in 2014, perhaps it’s not ridiculous to suggest that there is something funky going on up there.

Indeed, the front on shot does seem to hint that the nose looks particularly narrow. Then again, that could just be a trick of the rendering.

Consider us intrigued, Renault. We can’t wait to see whether there is anything interesting going on and the front of the car – and indeed, if the team will stick with this black livery. 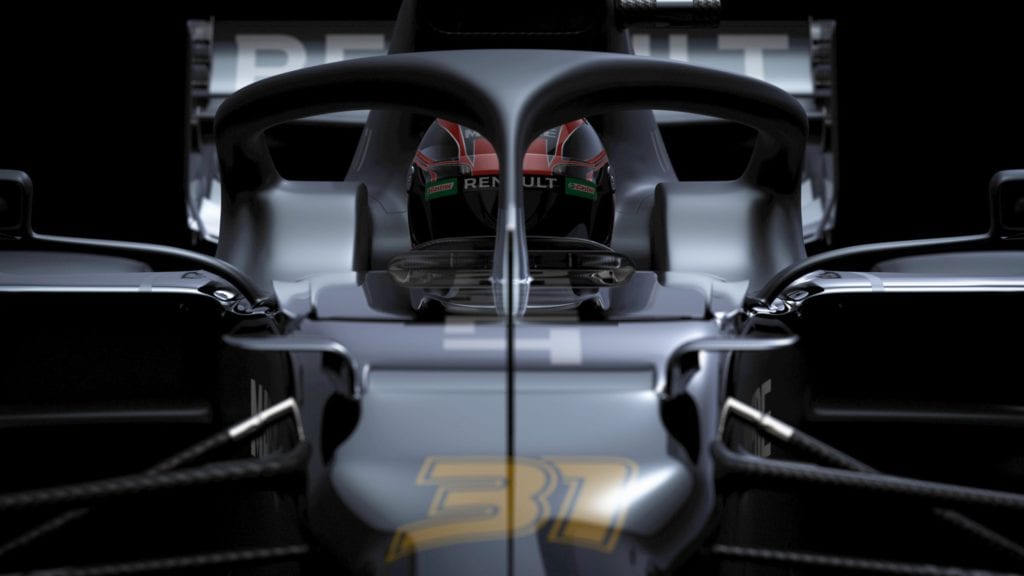