Renault Is Not Expecting To Mount A Title Challenge Until 2021 – WTF1
Skip to content
×
Formula 1 , News

Renault Is Not Expecting To Mount A Title Challenge Until 2021

Renault isn’t expecting to make up the 1.5-second gap to Ferrari and Mercedes over the winter but is ambitious about Daniel Ricciardo and Nico Hulkenberg escaping the midfield for 2019. Speaking to Motorsport.com, Renault technical chief Marcin Budkowski said:

“We are 1.5 seconds off the top guys, and if I was sat here thinking we are going to recover that against people like Mercedes and Ferrari, these massive organisations, with super competent people, I’d be wrong.

“We have grown over the last two years, but they have had structures with 900 people for many years. Stability has been a benefit to them, so it would be ludicrous for me to say we are going to beat them next year.”

“Our objective is to continue progressing strongly, and to be honest, reducing that gap is a real achievement. I certainly hope we can fight much closer to them in 2020. But I am not going to make any predictions because it would be unreasonable. 2021 is a potential change of regulations, if that is confirmed, and we have to see that as an opportunity.”

Of course, relying on the potential reset of 2021 for gains is a risk. With Daniel Ricciardo joining the team next season, he has had to manage his own expectations too, suggesting that the shoey might not feature on a podium until at least 2020.

For the immediate future, Budkowski would like to see the team progress into an unknown territory between class A and class B.

“We really need to establish ourselves, get out of the midfield, and be a team that is starting to get closer to the top guys. It is difficult to give relative targets because it depends on everyone else’s progression. I think we need to show that we are emerging from the midfield.”

It’s all guesswork at this point, but the progress Renault has made this season is evidence of a positive trajectory. The team is only 23 points adrift of doubling-up on its 2017 tally and with Force India’s points reset putting it out of the fight, Renault has only Haas to see off to take fourth in the constructors’ championship. 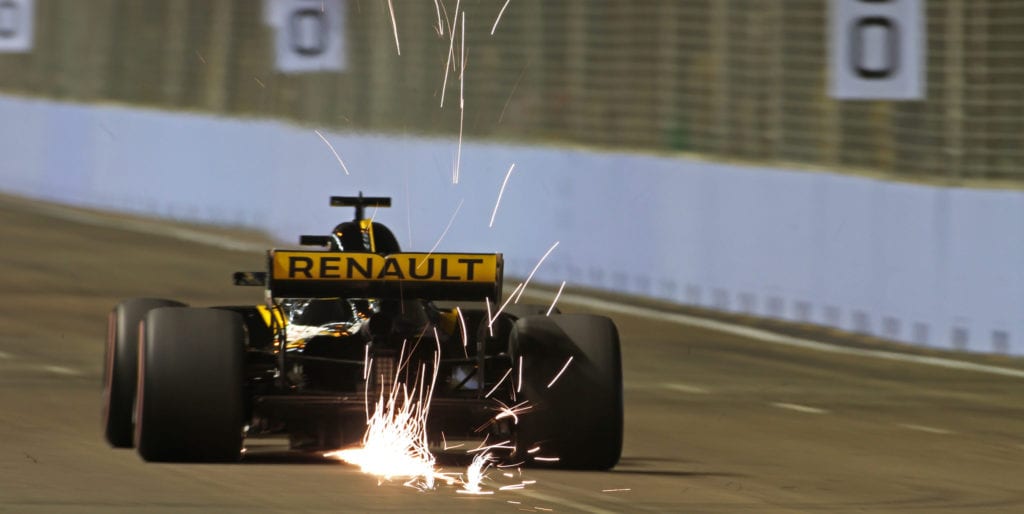