Renault Thinks Five Teams Will Fight For Fourth In Melbourne

The battle to be the ‘best of the rest’ behind Mercedes, Ferrari and Red Bull has been won by Force India for the last couple of years, and apart from a bit of a challenge by Williams in 2016, it hasn’t really been that close. This year, however, that fight looked to be wide open, with any team outside of the ‘big three’ looking potentially able to establish itself as the fourth fastest.

Renault is one of those teams, but after seeing what everyone has done during testing reckons it’s going to be one of five teams involved in a seriously close fight. Chief Technical Officer Bob Bell said:

“We had a solid winter test campaign with reliability, so that’s good cause for optimism. In terms of performance, it’s difficult to say where we are. The top three teams are out in front again, but behind you have ourselves, Force India, Toro Rosso, Haas and McLaren in the mix. There’s not an awful lot to separate us, so it’s difficult to draw firm conclusions before the first grand prix.”

Poor Williams and Sauber, potentially being left to fight over last place…

Of course, teams will bring updates to the first race in Australia which could shake things up yet again – Force India in particular is expected to bring a huge number of new parts – but even so, Renault is expecting to be strong.

“There’s not an awful lot to separate us, so it’s difficult to draw firm conclusions before the first Grand Prix. I think we’ve done a good job of developing the car and I think we’ll be in there with a chance of a haul of points. I’m not sure if we are seeing teams’ true pace at the minute. All teams will bring upgrade packages to Melbourne, and that’s when everyone shows their true hands.”

You’d have expected Renault to move to the top of the midfield this year, same with McLaren. But the tightness of that midfield bunch has been complicated by the surprise pace of Haas and the impressive reliability and performance from Toro Rosso and Honda. If it really is as close as Renault suspect, we could see teams that are comfortably finishing with both cars in the points at one race struggling to get out of Q1 at the next.

Annoyingly, Mercedes is looking like it could have a serious advantage over everyone again, leaving Ferrari and Red Bull to pick up the pieces. If that’s the case, let’s hope Renault is right – an epic midfield battle might not have the same kudos as an inter-team title fight, but it could be just as entertaining. Just look at what kept happening between the Force India drivers last year… 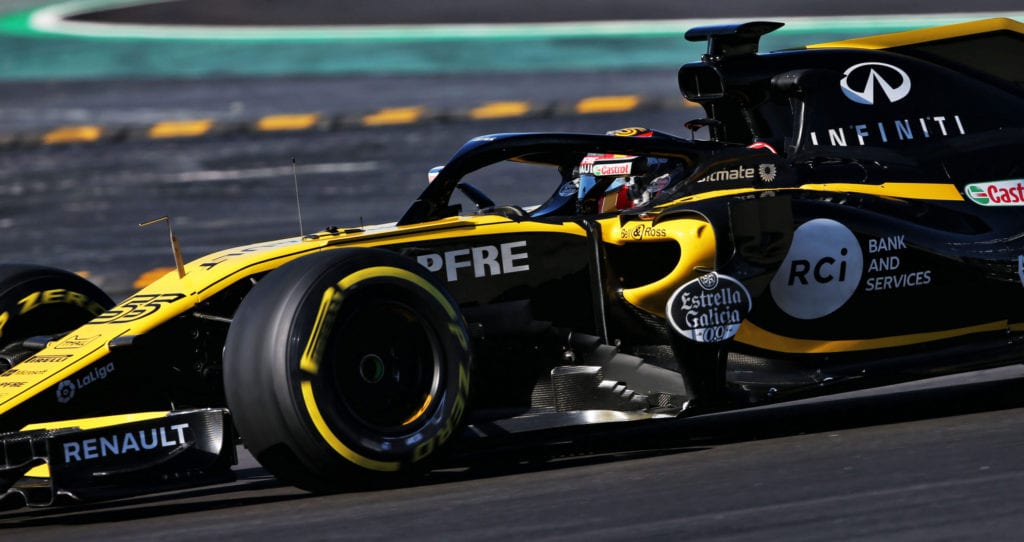