Ricciardo Admits He’s Still Trying To Work Out How To Adapt To The Renault – WTF1
Skip to content
×
Formula 1 , News

It should come as little surprise, seeing as Ricciardo has spent the last five seasons with Red Bull – and the last decade with the Red Bull driver programme. However, few expected Ricciardo’s struggles to be as obvious as they’ve been at the start of 2019.

The customary Australian GP curse meant the ‘Honey Badger’ failed to make it out of Q2 and had his race effectively ended after just 200 metres. While he fared better in Bahrain, the Australian still could not make it out of Q2 and suffered a cruel late electrical shutdown – in tandem with teammate Nico Hulkenberg’s engine failure just metres away – when on course for a seventh-place finish.

Hulkenberg, meanwhile, has generally had the better of Ricciardo and took Renault’s only points of the season so far at Albert Park. It hasn’t been the way Renault, Ricciardo and even Hulkenberg envisaged their start to 2019. Ricciardo told Sky F1:

“The [Bahrain] weekend was a struggle. Just quite a long way off the pace and trying to understand why. For sure some is in me learning the best way to drive the car, trying to maybe get out of some old habits from last year. But also a few setup things and trying to work out what works best for me to build my confidence in this car. I don’t want to say I’m stuck in my old ways with the Red Bull but for sure this car needs to be tamed a little bit differently. I’m just trying to master that.”

The R.S.18 was characteristically light at the rear-end for both Hulkenberg and Carlos Sainz last season, while the Red Bull looked a wonderful car to drive – as expected from a car designed by Adrian Newey. As Renault looked to close the gap to Red Bull and stretch its legs away from the swarming midfield pack, the French marque changed its philosophy for 2019 with almost the entire car being signed off (later than planned) as fresh for the current year. It’s believed the only component that featured on last year’s car that has been passed on is the power steering system.

Undeterred, Ricciardo says that he’s excited about the performance potential left to unlock from both him and the car. However, the Australian understands that patience is usually a virtue and the only way, seemingly from here, is up.

“There is still some room for me to grow with it, for sure. In a way that excites me. I would love for it to happen like that, and be on the pace and to be honest I expected to drive the car for the first time in testing and be on it. I don’t want to have to be patient but realistically it is going to take a bit of time to feel comfortable. I’m not there yet, but that’s also encouraging that I’ll keep getting better.”

Hulkenberg vs Ricciardo was always going to be one of the more intriguing battles of the 2019 season, with the former coming out on top so far. Given that this is a team that Hulkenberg knows and may have helped shape over the past couple of years, are the hard times set to continue for Danny Ric? 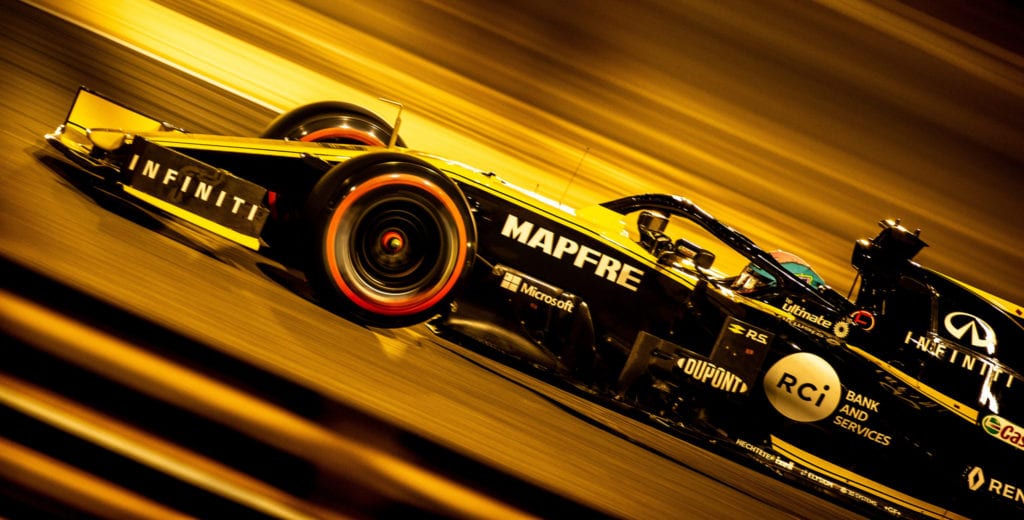