Ricciardo Calls Out ‘Disrespectful’ Amount Of Replays After Grosjean Crash

After Romain Grosjean’s horrific accident at the start of the Bahrain Grand Prix, Renault driver Daniel Ricciardo has shared his disgust at TV Directors for showing continuous replays of the crash on the world feed.

“I don’t want to comment too much on the race,” he told Ziggo Sport.

“I want to express my disgust and disappointment with F1.

“The way the incident of Grosjean was broadcast over and over, the replays, it was completely disrespectful and inconsiderate for his family, for all our families, watching.

“We are going to [be going] racing again in an hour and every time we look at the tv it is a ball of fire and his car is cut in half.

“For me, it was entertainment and they are playing with all our emotions and I thought it was pretty disgusting.

“Hopefully, some other drivers have spoken up but if that is not how we all really feel I will be very surprised.”

With many drivers making a conscious effort not to get back into their garages during the red-flag period, Ricciardo clearly felt the repeated replays of the crash was too much especially as Grosjean’s condition was not fully known.

It has been reported that Grosjean has suffered second-degree burns to his hands and feet, as well as fractured ribs, but understandably the full diagnosis is not clear or been made public. 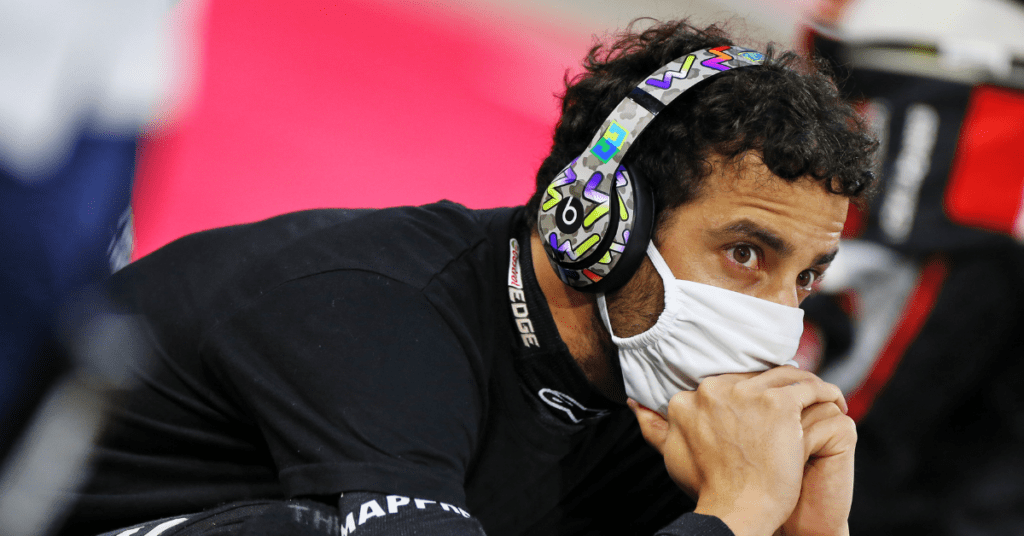